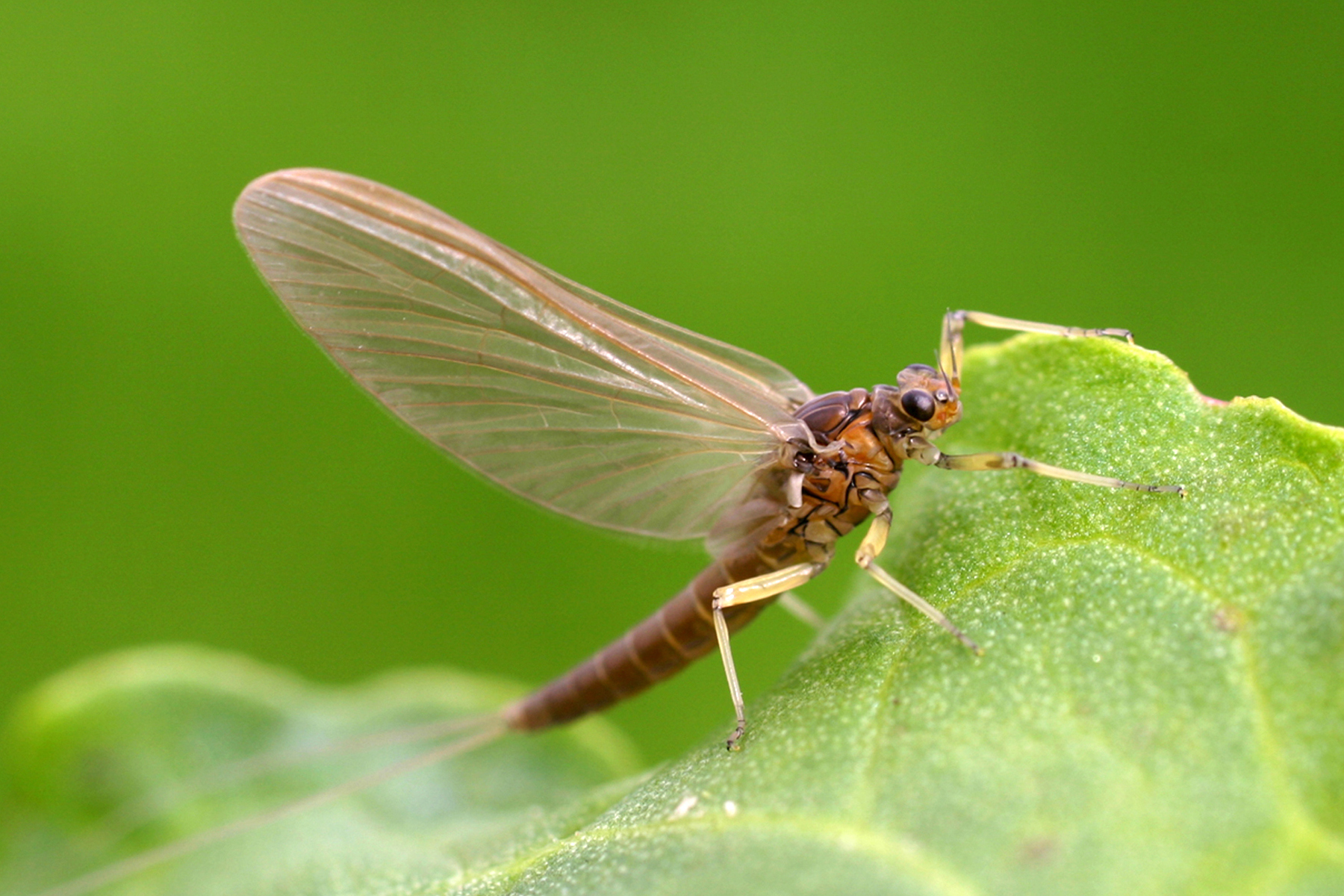 What we can learn from mayflies about living our best life.

Spring is a season bursting with cherry blossoms, wisteria and skies devoid of ugly grey clouds. It is a time for hiking, farmers market-ing and overdosing on vitamin-D. It is the season of Carpe Diem.

And to celebrate the official season of seizing the day, here are some fun facts about the kings and queens of spring and the lords of yolo — the mayfly.

1. Mayflies come out in May. Surprise!

The rumors are true. Mayflies start “hatching” from their water-larva state starting in May, and continue to do so throughout spring and summer. So, next time you see a swarm of these flying critters, it’s a sign that life’s about to get a little brighter.

2. Mayflies have an incredibly short lifespan.

After the larva stage, female mayflies usually live less than five minutes, while males can live a whopping two days. But they don’t waste a single minute, spending that short period of time mating and reproducing. 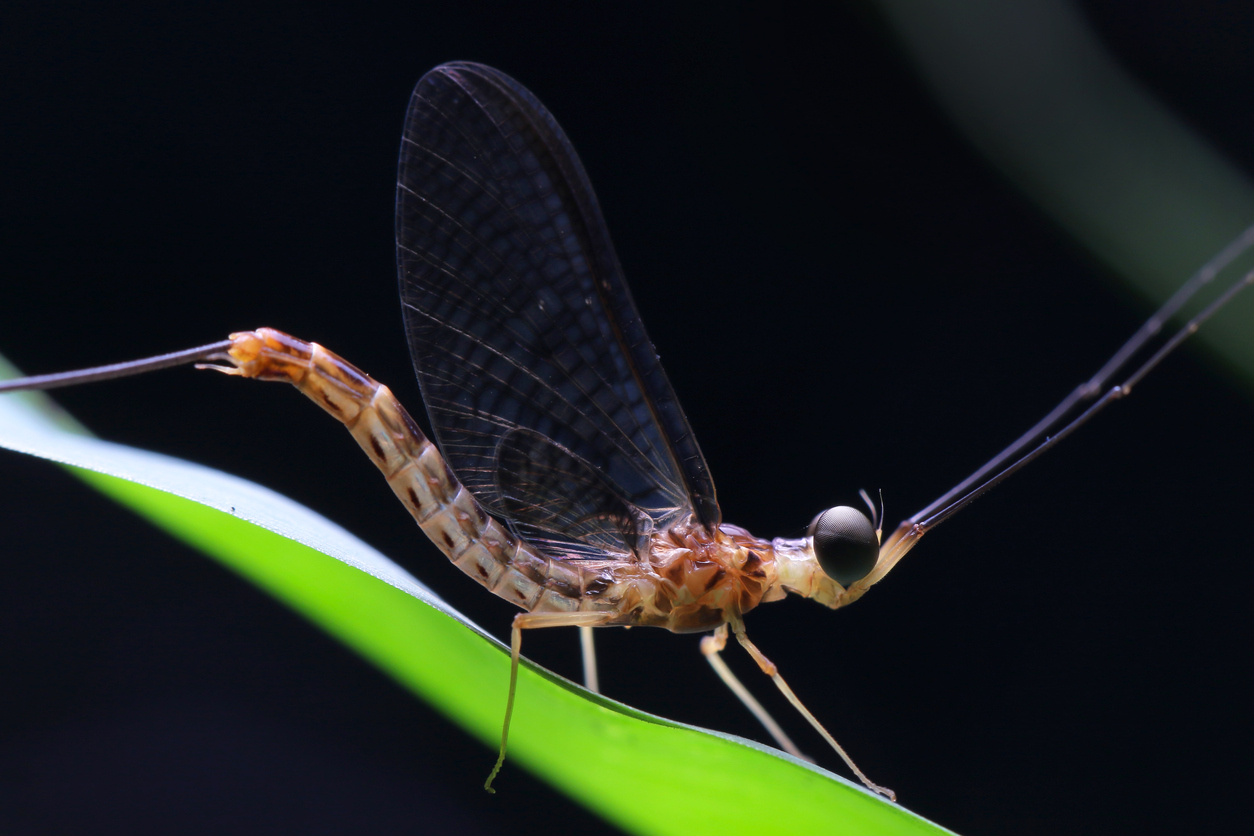 3. They go by many aliases.

In some parts of the United States, mayflies are known as Canadian Soldiers, while in Canada they are called shadflies. And, of course, the British came up with the most creative name of all, the up-winged fly.

All mayflies have an abdomen consisting of 10 segments. Some of the segments actually have operculate gills on them. So, they are extremely cut and amphibious — kind of like the new Aquaman.

A fly fisherman’s favorite fly to fish with is a mayfly fly (try saying that 10 times fast). When hatching season begins, fishermen everywhere start using artfully made flies resembling this glorious insect. The reason? They are an extremely popular entree for several types of fish, including trout. Humans also like consuming Mayflies for their high protein content. And in the country of Malawi, people even bake them into cakes. 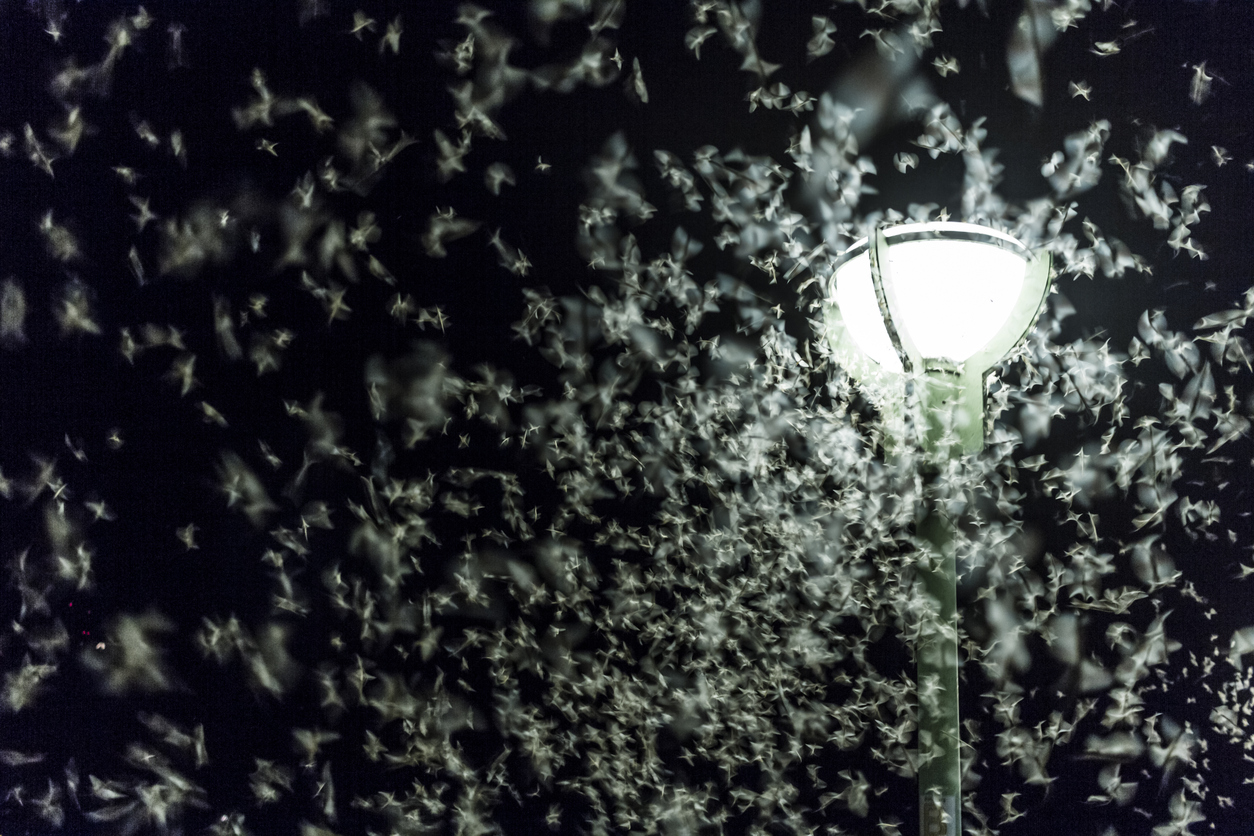 For adult mayflies, every minute is reserved for reproduction and feeding fish. They don’t have time to eat, so they never develop functional mouths. Although, in the larva state, mayflies have fully developed mouths, and their diet strictly consists of algae.

7. Mayflies have lots of babies.

And we mean LOTS of babies. The average female mayfly lays anywhere from 400 to 3,000 eggs. Typically, they are dropped on top of the water to develop into larva.

Mayfly eggs are extremely sensitive to pollution. Even modest levels of water pollution can kill up to 80 percent of their eggs. Scientists sometimes use the presence of mayfly eggs to quickly determine the purity of the water. 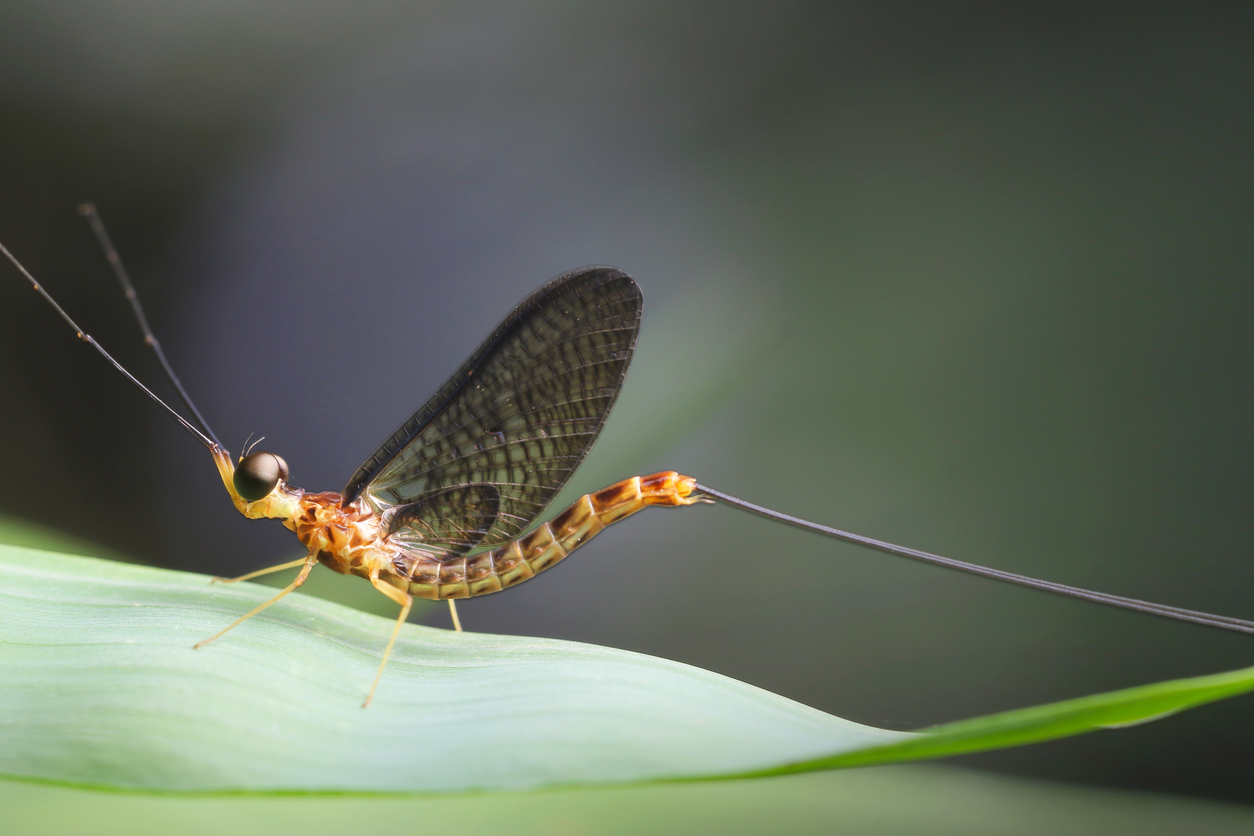 These prehistoric insects were born to live in the limelight. Aristotle mentions the mayfly in his “History of Animals.” The poet George Crabbe used the mayfly as a symbol for the brevity of life. And many people gather to witness the swarms that occur during hatching season. In some regions, the number of insects is so expansive that they show up on the local weather radar.

10. They live life to the fullest.

Mayflies are said to have been around before dinosaurs. After more than 350 million years of evolution, they have perfected the art of life. They start as an egg, turn into a naiad, emerge from the water, fully mature into adults to reproduce, and then start a family of at least 400. And they do it all in less than two days. There is still much to be learned about these magnificent creatures, but they truly do exemplify the phrase, “live fast, die young.”

Just like the mayfly, we are emerging from the depths of winter and finally able to move into the light. This spring, let’s take a page from the mayfly’s book and live our best life. And now you are fully equipped with some fun bug facts you can whip out at your next backyard barbecue.

Mayflies are harmless little buggers, but when it comes to malevolent pests that could spoil your next backyard shindig, call Stark today and send them packing.