Every year, termites invade millions of homes, the resulting termite damage amounting to billions of dollars. Their insatiable nature makes them search for any wood structure or product, including not only your home’s structure but furniture, insulation and even books. Their damage is so extensive that it annually surpasses the combined damage done to homes from storms and fires. Unfortunately, termite damage is not as visible as things like storm damage, and underground termite threats can go unobserved for long periods of time. This damage can be substantially more costly to homeowners since it’s seldom covered by insurance.

In the U.S., subterranean termites have been reported in all states but Alaska and are much more prevalent in warmer climates of the South. Alabama, Mississippi, North Carolina and South Carolina are right in the hot zone for home termite activity. As the cities in the Southeast continue to expand, the termite threat grows greater the more we encroach on their natural habitat, removing their native food source and leaving them with little alternative but to search for another in our homes. They are constantly searching for a food source, and existing colonies can spread rapidly. "Swarmers" are the reproductive termites that can be seen in early spring and summer looking to form a new colony in another location. 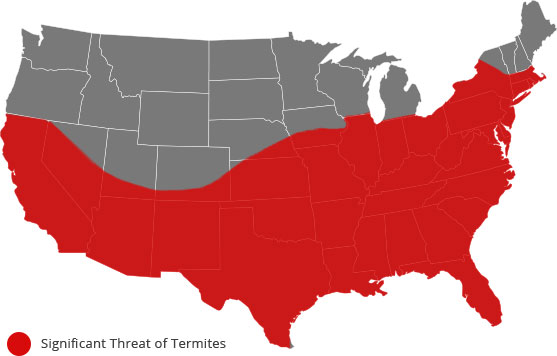 Just one subterranean colony can contain thousands to millions of termites. The workers forage continuously for food, carrying it back to the colony where it is shared and these ever-expanding colonies don't stand still. Reproductive termites swarm when temperatures warm from an existing colony to establish a new one in a new location.

Termites need only a tiny gap in concrete, metal or mortar to enter your home. They will construct air and moisture tight shelter tubes that lead from the soil to the wood in your home, and during termite detection, these tubes have been found in wires, along pipes and can also extend free of any support. The workers are using these tubes as their "highways", traveling constantly back and forth between their colony in the soil to the food source (your house).

As we build communities, we increasingly encroach on the termite’s natural habitat, removing their native food source and leaving them with little alternative but to search for another in our homes. Because they work silently behind the scenes, it can be years before evidence of their destruction becomes visible, long after serious damage has already been done.

Another threat to your southern home is drywood termite damage. This species of termite doesn't attack from the ground like subterranean termites, although they are capable of causing just as much destruction. Drywood termite colonies are relatively small (around 3,000 termites), are found inside the structures on which they feed and require a specialized termite detection and extermination method.

Oftentimes, in late spring and summer, you may detect mating pairs of drywood termites called swarmers. Another way to detect their presence is if you come across frass (fecal matter) that looks similar to coffee grounds and has a gritty texture. Other indications you may have an infestation include damaged wood, swarmer bodies or wings or kick-out holes. 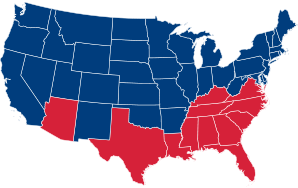