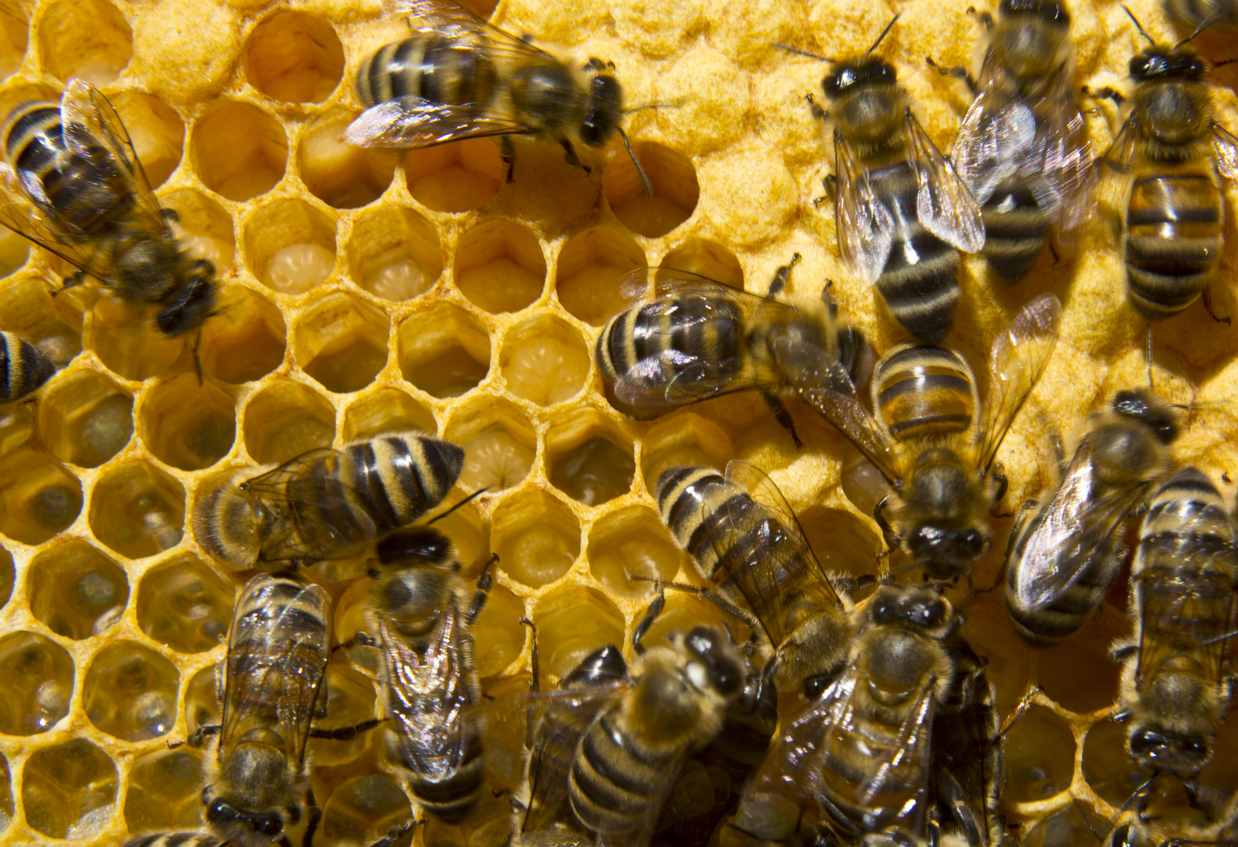 Watch Out for These Eight Exotic Invaders

Ever wonder why it takes so long to get through customs after an international trip? Well, it has a lot to do with the foreign invaders who sneak into suitcases and catch rides on fruit peels.

From aggressive ants that arrived by cargo ship, to genetically engineered bees that escaped the field, here are eight invasive species threatening the plants, pets and people of Stark country.

Designed to be prolific, warm-weather honey-producers, Africanized bees are a hybrid of European and African honeybees. After colonies were established in South America in the 1950s, 26 swarms accidentally escaped and spread throughout South America — eventually arriving in North America in 1985.

Wildly defensive and aggressive, Africanized bees will chase a person over a quarter mile. These vicious fliers sting 10 times as much as the European honeybees, and they’ve killed countless animals and more than 1,000 humans.

Expanding at a rate of a mile a day, these heat-loving bees have spread throughout much of the South — outcompeting and overtaking European honeybee hives at an alarming rate.

These sap-sucking buggers carry bacteria known as “citrus greening” or “yellow dragon disease.” This cancer-like pathogen can deform roots, causing trees to die and fruits to wither and drop early. It’s estimated that half of Florida’s citrus trees — 80 percent of the nation’s orange juice producers — are infected.

Psyllids were first detected in Miami in 1998, and the bacteria they carry was discovered in 2005. Since then it has spread to 31 counties. Areas of the United States where psyllids have been detected are under quarantine, which may or may not help, given the fact that females lay up to 800 eggs during their lifetimes. 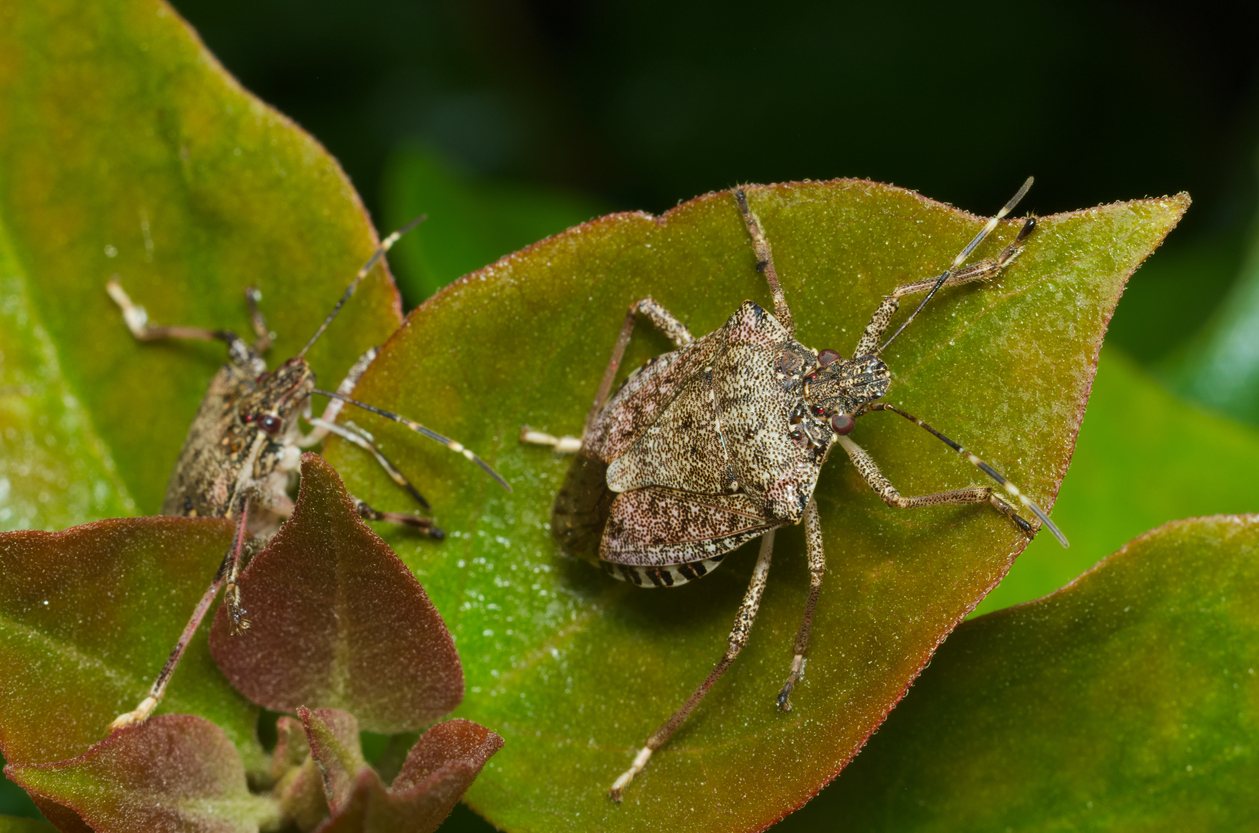 Sure, they smell like cilantro and they don’t bite or carry disease, but did you know stink bugs invade your home and drive up fruit and vegetable prices?

What’s worse, these stinky buggers invade your home during the winter. Homes can contain up to 30,000 of these little guys, hiding under siding, soffits, windows, doorframes and chimneys.

Arriving from Asia in packing crates in the 1990s, stink bugs had spread to 40 states by 2012. Stink bugs thrive in warm Southern states, where there are no Asian wasp species to keep their spread in check. 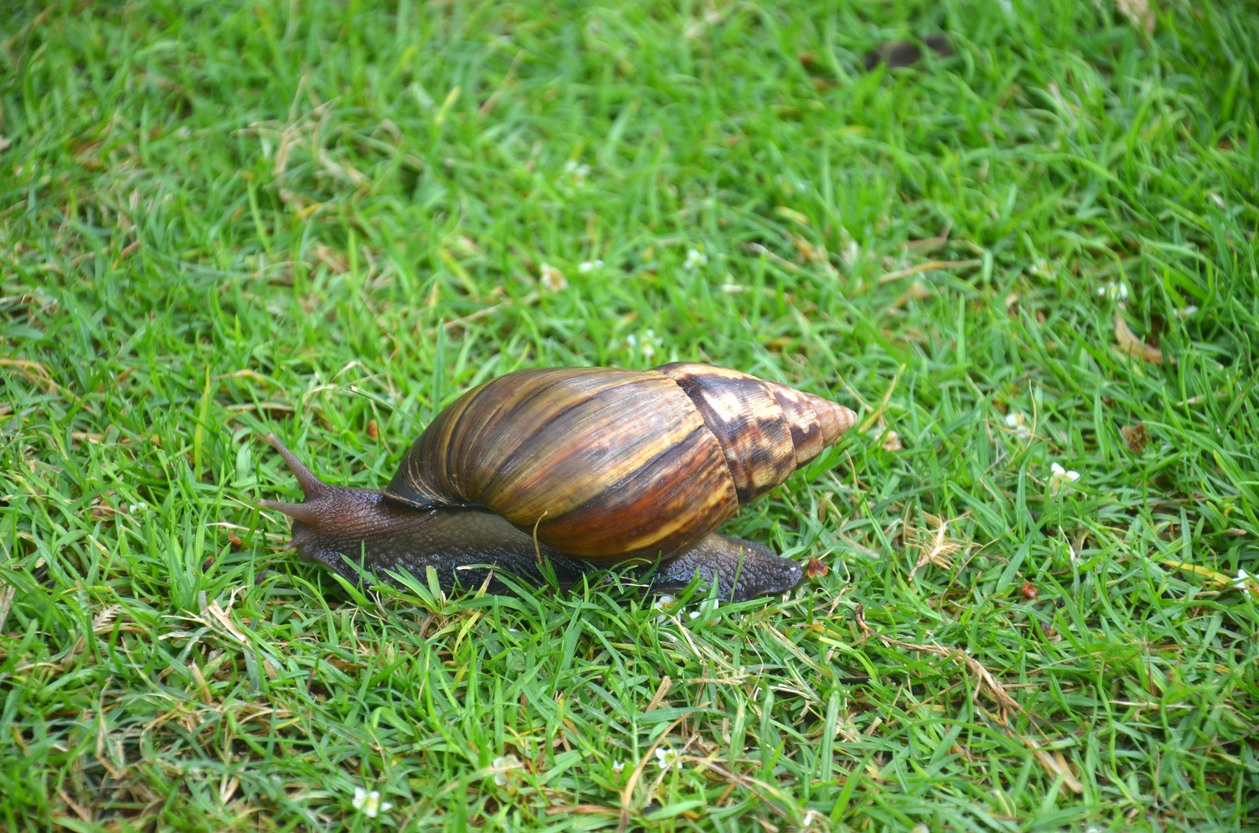 Over a foot long and six inches across, giant African land snails have an appetite that matches their size. They eat 500 types of plants, including row crops and citrus fruits, and they’ll even eat the plaster and stucco right off your home.

Coveted as pets for their unique size and rabbit-like appearance, African snails can lay over 1,000 eggs a year and have no natural predators in the U.S.

The world’s largest species of snail, African land snail colonies cause all other tree snails in the area to go extinct. Besides their ability to destroy crops, native populations and even buildings, these tropical beasts can also cause meningitis in humans.

Still, these slimy invaders are in demand. In 2014, authorities seized 1,200 live snails linked to one seller in Georgia. And ever since their arrival in Miami in 2011, authorities have captured 141,000 giant crawlers. 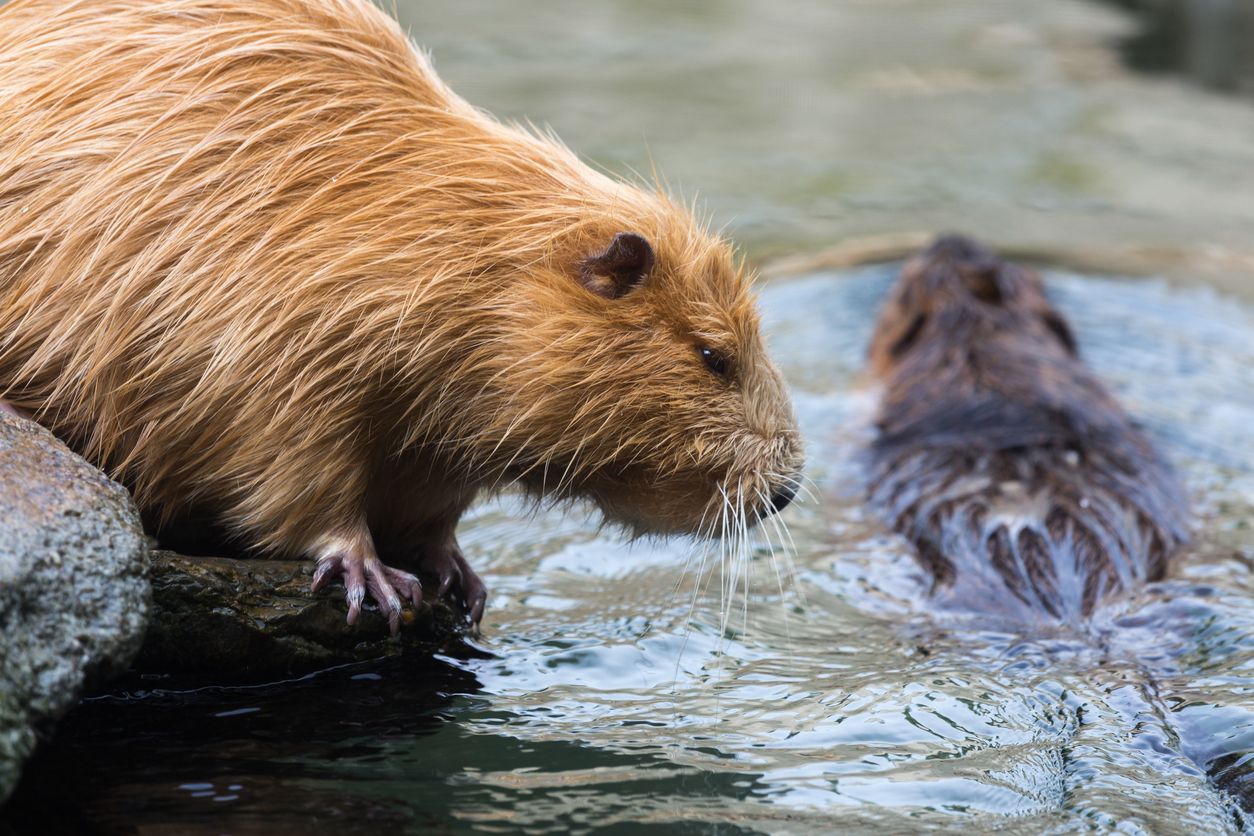 At first glance, this ginormous, beaver-like rodent is rather cute, but those who know them well call them swamp rats. With skinny tails and big orange buckteeth, this prolific critter was imported from South America for the fur trade in the 1930s. When the industry disbanded, these rodents were released in the wild and began to populate America’s riverbanks and marshes.

They may be cute, but the nutria’s constant feeding, burrowing and digging results in uprooted plants and soil erosion — destroying natural marsh habitat for neighboring crabs, muskrats and fish. After all, nutria consume 25 percent of their bodyweight every day.

In addition to their environmental damage, nutria also carry a nematode parasite that can infect human skin and cause a dermatitis known as "nutria itch."

Some of the largest snakes in the world, these coiled beasties have terrorized the Everglades for decades. In fact, they are so prolific they’re overtaking alligators as the Florida swamp’s top predator.

They aren’t much of a danger to humans in such a remote area, but their voracious appetites are wreaking havoc on the area’s fragile ecosystem. In the swamp, deer, raccoon, marsh rabbit, bobcat and possum populations have declined by as much as 99 percent.

Dumped by exotic pet owners in the 1990s, pythons have become an epic ecological threat. And officials have all but given up hope of eradication. Their stealthy nature makes these snakes extra difficult to spot, catch and kill. 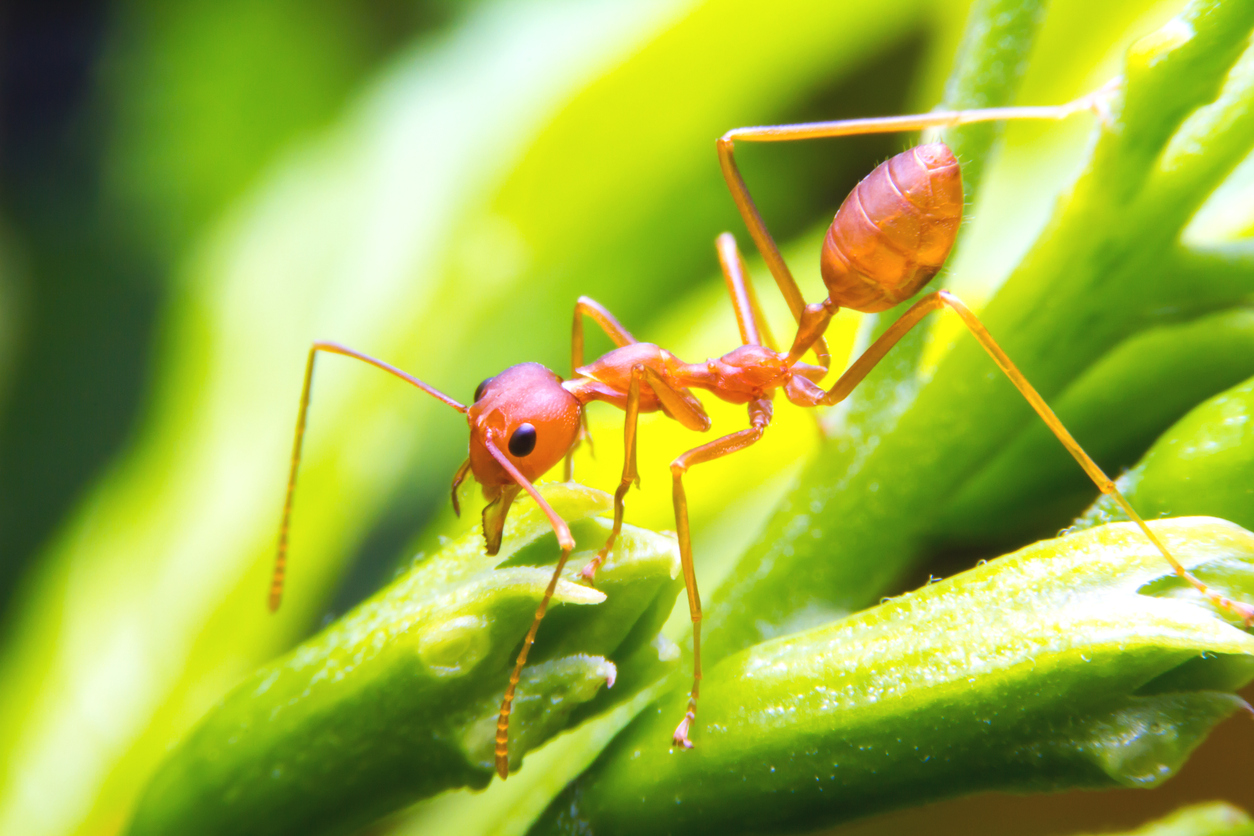 Red imported fire ants arrived in the port town of Mobile, Alabama in the 1930s. Since their arrival by boat, these painful pests have spread throughout the Southeast and into the Mid-Atlantic.

Mound-building monsters, they are a nuisance to livestock, home gardens, pets, people and even electrical equipment. In fact, red imported fire ants are the leading cause of traffic light electrical shorts in Texas, where they cause $140 million in damages every year. 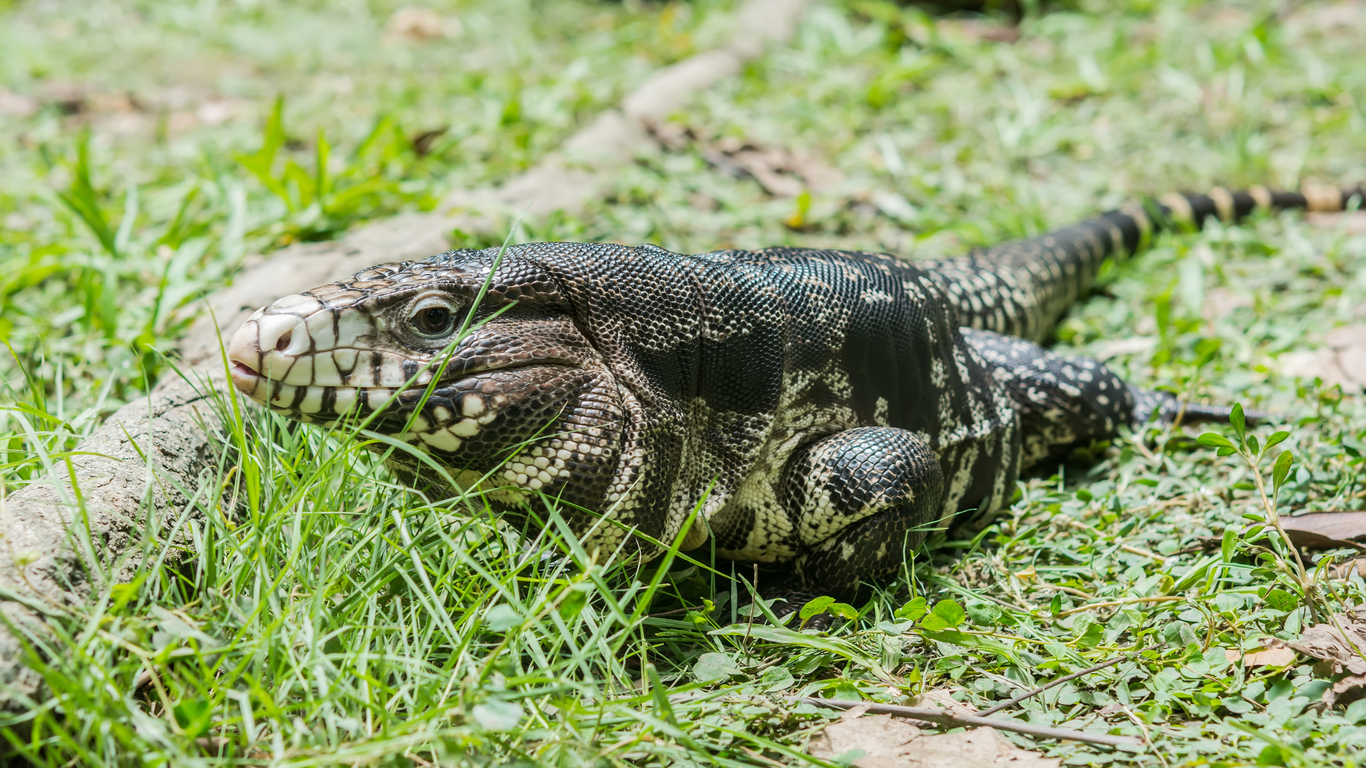 Originally from South and Central America, these muscular lizards have been known to harass pets, invade yards and even kill house cats.

Originally brought to the U.S. as pets, many were released in the wild — spreading from the Florida Keys to the Panhandle and, eventually, into southern Georgia.

Tegus will eat anything they can get their hands on, including insects, fruits, seeds, toads, snakes, turtles, small mammals and even other lizards.

These prolific, egg-loving creatures have carved out a niche in the Florida Everglades, where they compete with alligators for small mammals and native birds. Are they the next Burmese python? Only time will tell.

Be Part of the Solution

Keep your home, city and state free of exotic invaders by leaving wood, plants and animals in their native surroundings — especially when you travel.

And whether your home, yard or garden is threatened by exotic pests or just run-of-the mills wasps, ants and rodents, give Stark a call and we’ll provide some pest-free peace of mind.