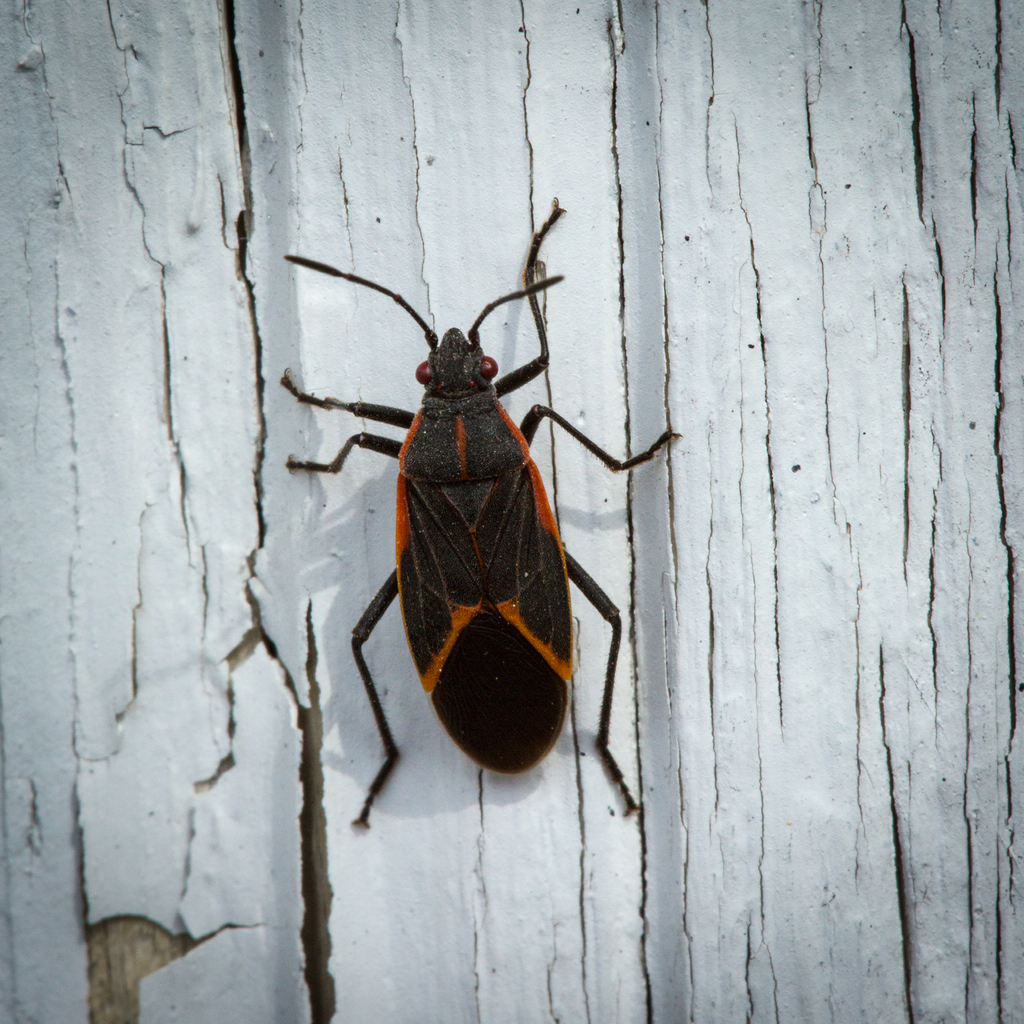 The Rise of the Boxelder Bug During Fall

Fall is upon us, and with it comes the sweet smell of autumn, pumpkin pie, and boxelder bugs? One of these isn’t like the rest. Boxelder bugs can emit a putrid smell that doesn’t quite fit in with a fall mood. With their large wings outlined in a fiery red-orange hue, boxelder bugs love to make an appearance in fall, like models at the Met Gala.

In autumn, boxelder bugs congregate in large numbers on surfaces where the sun hits, like rocks, trees, and buildings. Then comes winter, where they hide in small cracks and crevices to insulate themselves during cold months.

They primarily feed by sucking on juices from the boxelder tree but are sometimes found on other plants (especially maple trees). They don’t bite but can be a nuisance to your yard or home.

These aren’t the houseguests you want showing up for Thanksgiving! Here are four pro tips on how to prevent a boxelder bug infestation from sweeping through your home.

Spray Away the Swarm
Grab a garden hose and aim a forceful stream at the bugs. Washing them away may not reduce their population, but it will prevent the growth of a swarm. This method is also the easiest and most cost-efficient measure you can take.

Say Goodbye to Boxelder Trees
One of the most effective strategies to prevent boxelder bugs from multiplying is to remove them from their source. Eliminating host trees has a long-term effect as well. By doing so, you are stopping these critters from coming back year after year to the same spot.

If you choose to plant boxelder trees in your yard, select male trees (non-seed-bearing) since female trees are more susceptible to infestation.

Close Cracks and Crevices
Do you have some holes in windows and door screens you’ve been meaning to repair? Now is a great time for a little handy work. Seal Repair cracks and crevices with a good silicone sealant, and put door sweeps on the outside of all your entrances.

If boxelder bugs have already made their way into your home, use a vacuum cleaner to zip them up for quick and temporary relief.

Replace Electrical Cover Plates
Just like humans, boxelder bugs love to find a warm place to hibernate during winter. And it’s not the Caribbean. One common space they crawl inside is your electrical cover plates where it’s nice and cozy. Their flat bodies make it easy for them to sneak behind electrical plates that are even just a little out of place.

Let Us Help You Ban Boxelder Bugs From Your Home

Don’t let the fall season bring swarms of boxelder bugs to your house. If you need assistance with controlling these insects, we’re here to help. Call Stark Exterminators today.