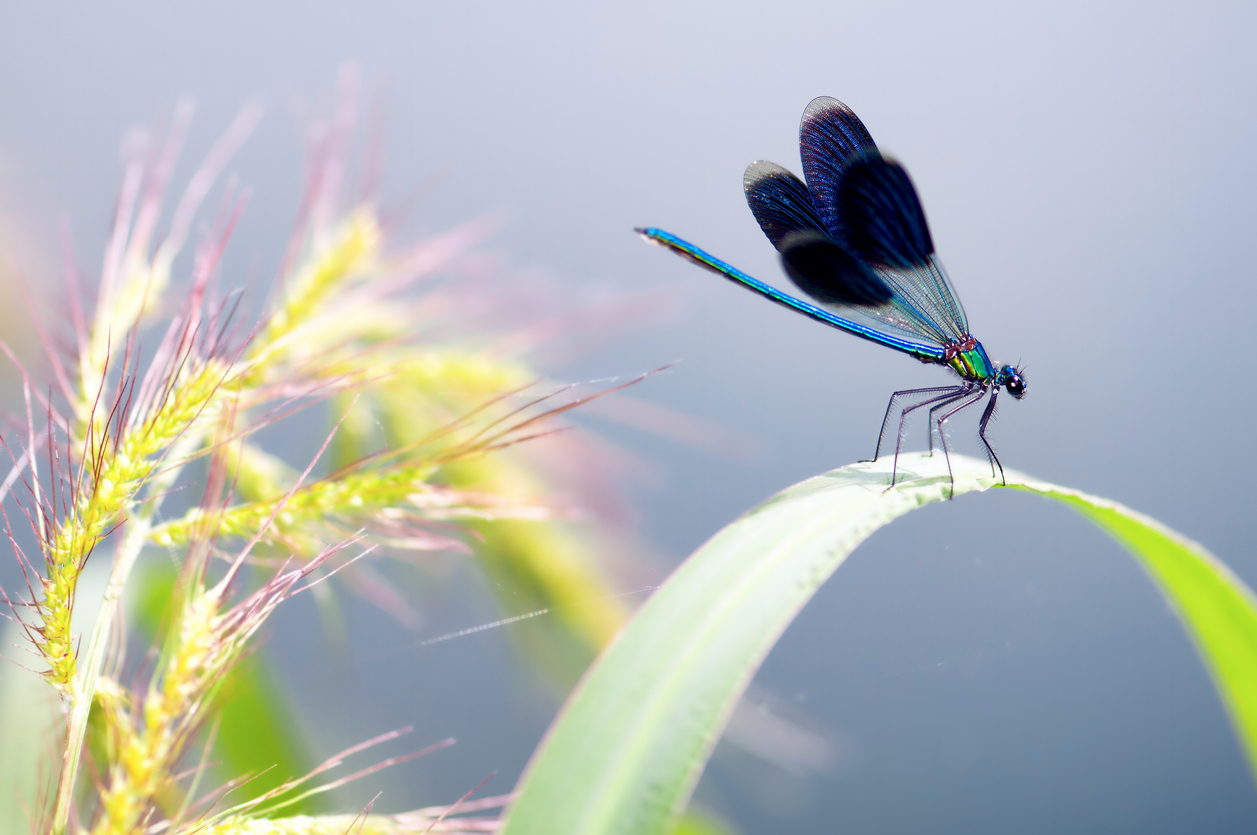 Good Luck or Just Another Bug? The Symbolic Meaning of Insects

No matter the origin, though, one thing is for sure: insect symbolic meanings are pretty interesting to learn about. If you’re curious, read on to discover what some cultures believe certain bugs represent. The next time you spot a ladybug or a butterfly, you might see them in a whole new light.

These speckled little creatures have long been considered signs of good luck, and that’s all because of an old farmer’s tale. During a pest-filled harvest season, European farmers were struggling to keep crops alive. Desperate, they prayed to the Virgin Mary. Soon after, ladybugs came and wiped out the other pests and the farmers named them "beetle of Our Lady." This eventually was shortened to "lady beetle" and finally, "ladybug." Some people even make wishes when a ladybug lands on them because of this belief.

Seeing a fluttering butterfly can brighten anyone’s day, but in some cultures there is a deeper meaning to a butterfly sighting. In some religions and spiritual practices, butterflies are seen as heavenly messengers or representations of loved ones who have passed. A more literal symbolic meaning for butterflies is one of transformation and change. Since butterflies start off as caterpillars and form cocoons before spreading their wings, some people see them as a reminder of the many changes that will occur over a lifetime.

In ancient Eastern culture, crickets used to be kept in cages as pets due to their musical chirping. Because they also lay many eggs at a time, they are seen as a symbol of prosperity and success in China. More practically, farmers would associate the sighting of crickets with a cue from nature to begin planting crops.

If you’re familiar with the children’s story of Anansi the Spider, you might know that in the Yoruba culture of Africa, spiders are representative of a trickster spirit. Across other cultures, it’s the spider’s web that creates unique meaning. In Native American cultures, spiders are a symbol of wisdom and creativity. Several Native folktales included a character called Spider Grandmother who is a helper, and who thought the world into existence by weaving her webs.

Among Celtic lore, dragonflies are often mentioned in relation to fairies, with some saying fairies ride on the backs of dragonflies, and other stories saying that fairies transform into dragonflies. Either way, these insects were believed to be magical, and because of that, dragonflies symbolize good luck, transformation, and living life to the fullest!

If you’re concerned about pests in or around your home, call Stark today — we’re here to help.