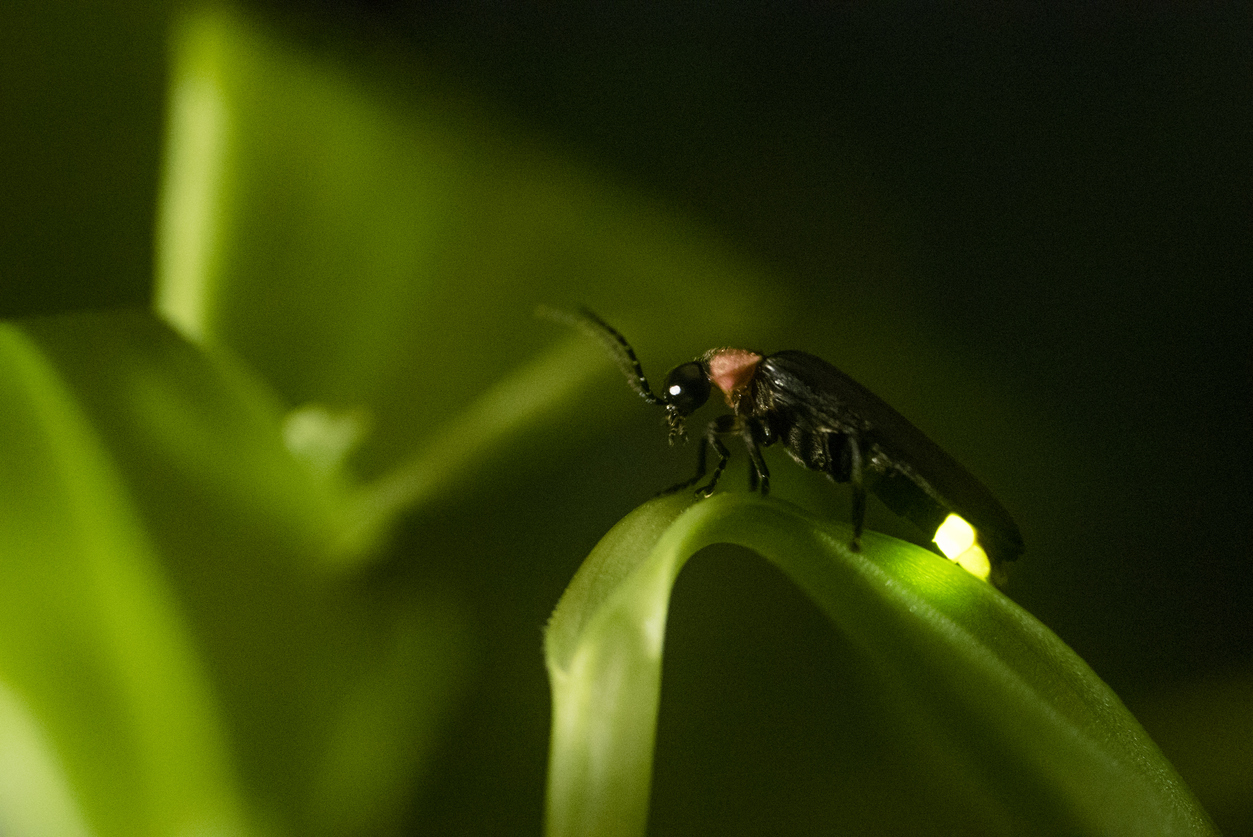 Fireflies, lightning bugs, whatever you call those glowing bugs that light up the night sky, one thing is for certain — it just doesn’t feel like summer without them. Thanks to their love of humid weather, they’re only seen for a few months of the year, which can be a disappointment to the people who love to see them glow. Luckily, fireflies aren’t the only bugs that are bioluminescent. While you wait for fireflies to make their seasonal debut, read up on some of their glowing cousins below.

At first glance, click beetles are just plain, brown insects. It’s at night that these beetles put on a real show with glowing spots located on the left and right side of their thorax. Click beetles emit a constant glow that they can intensify if threatened, unlike fireflies that flash. Like fireflies, though, their eggs and larvae do glow.

Railroad worms are actually the larvae of female railroad worm beetles, and yes, they do glow. A row of yellow-green bioluminescent spots shows up along both sides of their bodies, reminiscent of the windows of a train car. These little ladies can control their bioluminescence and also have a red headlamp that they can turn off when they hunt for millipedes and other prey. Even though these glowworms are the larval form of beetles, the females never mature into full adulthood, leaving them to glow throughout their entire life cycles.

A glow-in-the-dark moth? Well, sort of. Luna moths have a striking yellow-green color that looks exactly like the glow of a firefly — but they don’t actually have the chemical bioluminescence of one. These moths also have reflective scales that reflect light, adding to their luminous appearance.

Fireflies are welcome summer guests, but if you’ve encountered any unwelcome pests give Stark a call — we’re here to help!