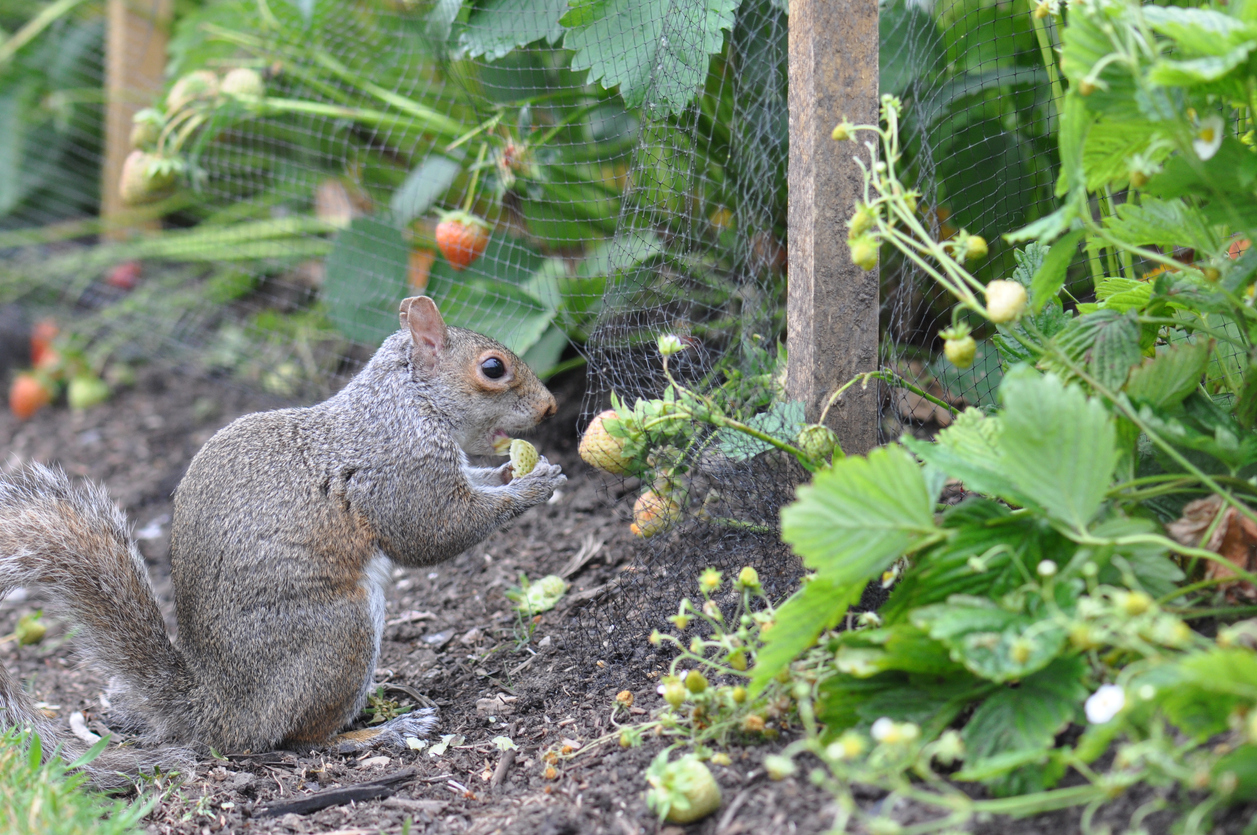 Furry Garden Pests to Watch Out For This Spring

Picture this: winter’s frost has melted, your spring seedlings have started to blossom and you’re anticipating a beautiful harvest of fruits and veggies — except, local rodents and their other furry friends have gotten to them first. Without the proper preparation, that could be a reality. Four-legged pests come in all forms, from squirrels that can scale your tallest plants to voles that ruin your crops from the roots. The first step to stopping them in their tracks is to figure out which critter you’ve got on your hands. Below, we’ve put together a list of the most common furry garden pests along with tips on how you can avoid them this spring. Here’s to a nibble-free crop!

These two common garden pests are rodent cousins, though most people are familiar with mice. They’re the smallest of the garden pests and are adept at hiding in dense mulch, abandoned wood piles and wild shrubbery. Voles in particular are master tunnelers, but they both prefer to chew through the root crops like potatoes and carrots. If you see small tunnels, root damage and chewed up bark, these guys may be in your garden. To prevent them before they strike, protect your plants with mesh fencing above ground and about six to ten inches underground. Mice also hate mint, garlic and onions, so plant those as natural rodent repellent.

Racoons are known for digging through trash in the middle of the night, but they’ll eat anything they can get their paws on. That includes your spring fruits and veggies. Since they’re nocturnal, you may not see them, but their five-toed tracks are an instant sign that you’ve got company. They’re agile climbers, so your standard fence may not be enough to keep them out. Try an electric fence instead. Old farmer’s tricks for warding them off include sprinkling blood meal around your garden or hanging worn-in clothing that smells of human sweat nearby.

These three pests round out the gang of critters that attack your garden from below ground. Of the three, moles are the only ones that won’t eat your plants; however, their digging is just as dangerous and makes way for other animals to set up homes in the soil. Look for tunnels and mounds they leave behind as surefire signs that you’ve got an infestation. Gophers and groundhogs will make a meal of root crops and above-ground crops alike — no fruit or veggie is safe. They’ll even go after seedlings! Many farmers attempt to get rid of these animals by blocking their tunnels off, but the best defense is good offense. Keep grass low so they don’t have a covering and install four-foot high wire fencing with one-foot of fencing below ground. For added security, make the last foot of fencing above ground flexible so they won’t be able to balance atop and jump over.

These two are the worst offenders when it comes to ravaging your newly planted seeds. Of course, they’ll just as happily dig into bulbs, fruits, nuts and vegetables for a quick snack. It can be tricky to get these tiny acrobats under control once as they multiply fast and move quickly. To prevent them from making a restaurant of your garden, cover your plants with a plastic mesh netting. More home remedies include sprinkling human hair or cayenne pepper around your plants — they don’t like the smell.

Have these furry pests already made themselves comfortable in your garden? Try a more effective solution — call Stark today! We’re here to help!