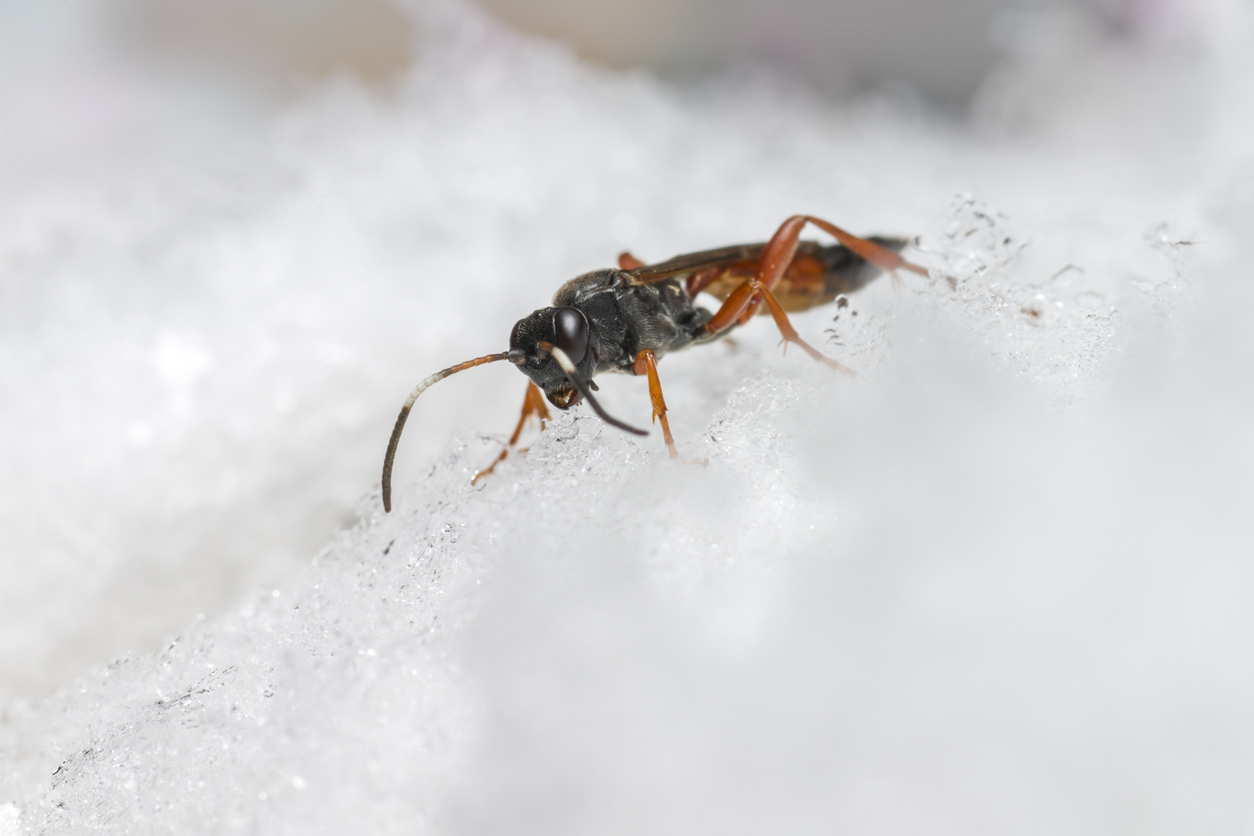 Disappearing Act: This is Where Bugs Go During the Winter

While you might be sad to see warmer temps leave, there’s at least one good thing about the arrival of winter: less bugs. Because most creepy crawlers are ectotherms — meaning they’re dependent on external sources of body heat — cold weather sends them scuttling. But where exactly do these insects go during the winter? Certain species, like paper wasps, can die off, while others survive by migrating to warmer locales. For advanced buggos, biology keeps them alive until winter defrosts. You might not be looking forward to their springtime return, but here are all the cool ways bugs will be surviving until then.

Missing bugs outdoors can mean that they’ve found their way indoors. Unlucky homeowners may catch sight of overwintering marmorated stink bugs and Boxelder bugs that have snuck in through cracks in the windows or through vents. While they might be harmless, it’s still no fun to run into one of these bugs, so make sure to protect your home by sealing any potential entrances before they invade.

We’re not the only species that becomes more inclined to cuddle in colder weather. Critters like ladybugs huddle together by the hundreds for protection and warmth in cracks, hollow trees and even on the roofs of homes. When grouped for hibernation, they’re called “a loveliness of ladybugs” and will stay this way until the end of winter.

They Migrate to Warmer Areas

Migration is more than a vacation for winter-averse bugs — it’s survival. By traveling to warmer destinations, monarch butterflies, green darner dragonflies and potato leafhoppers all hope to wait out the winter in new areas with ideal temperatures and better food sources. Many insects even stop reproducing in preparation for their long journeys.

They Press the Pause Button

When things get too cold for insects like silkworms, gypsy moths and flesh flies, they simply slow down; they don’t move, eat or fly like they normally would. Through a process called diapause, their body temperatures and metabolism are reduced, saving energy and giving them a chance of survival during cold weather when food sources are limited. Diapause even puts their development on pause, with different insects going into it at different stages in their life cycle until winter thaws them out.

Winter may send most bugs packing, but if you’ve got a few lingering around your home give Stark a call today — we’re here to help!