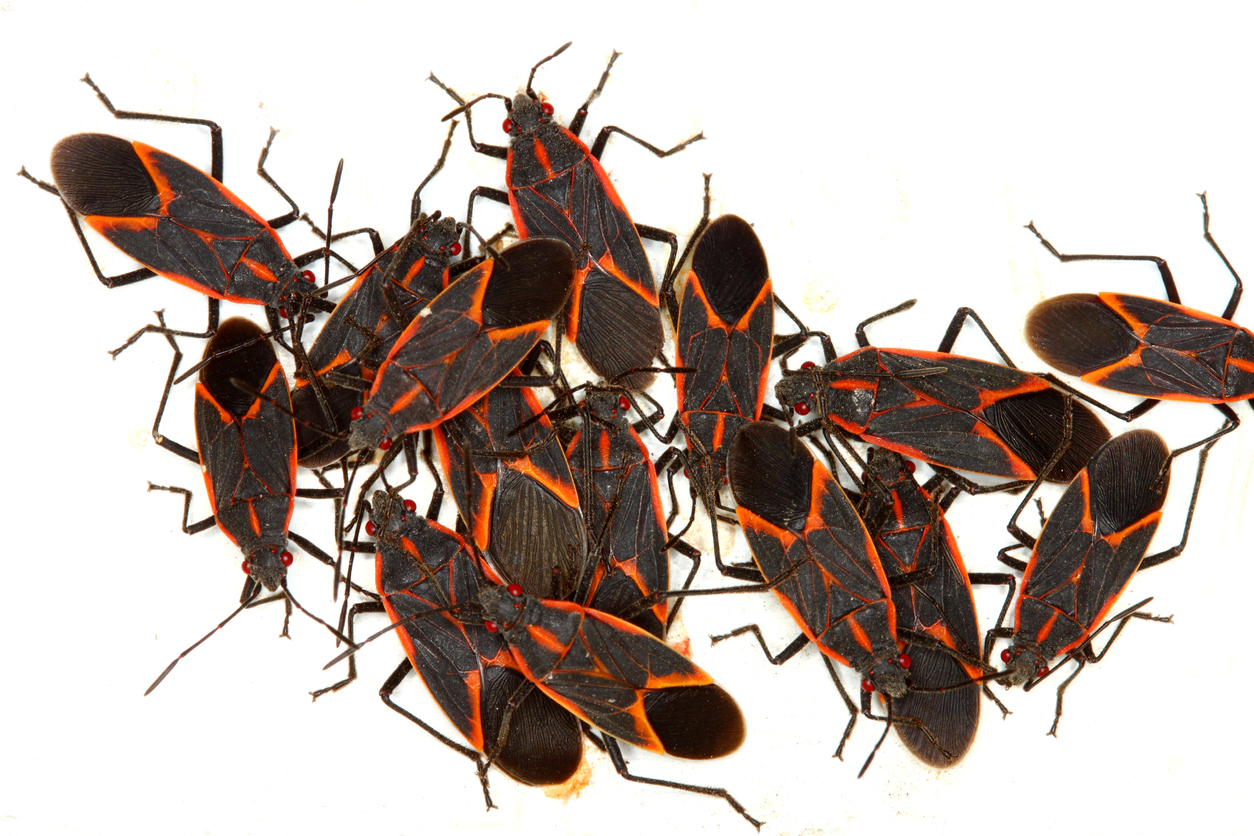 Beat Boxelder Bugs At Their Own Game

You may not know them by name, but as cold weather hits, you may be seeing more of these insects inside your home. Meet boxelder bugs, who get their name from feeding on the boxelder tree. They’re small but smart, oftentimes migrating to warmer areas during the cold, winter months. They are more of a nuisance rather than the cause of any significant damage, but who wants bugs hanging around their house? Here’s a rundown on what boxelder bugs are and how to beat them at their own game.

What Are Boxelder Bugs?

Found mostly in the Eastern U.S., boxelder bugs love to hang out in homes, sheds and garages. They emerge from hibernation in late March and early April, spending the warmer months feeding on trees until cool weather approaches. During the fall, boxelder bugs love to hang out on warm rocks, trees and buildings where the sun hits. Right before wintertime, they gather on nearby buildings and homes. They feed on the fallen seeds of boxelder trees as well as maple trees.

How To Spot Boxelder Bugs?

You can spot boxelder bugs by their black bodies with reddish or orange markings on their back. Their body shape is a flattened and elongated oval and is about half an inch long. They have six legs and two antennae. Nymphs lack wings and are bright red in color. The good news is that boxelder bugs aren’t known to bite, but their mouth can puncture the skin and produce a red spot similar to a mosquito bite.

Beat Boxelder Bugs At Their Own Game

The simplest way to catch these small critters is with a vacuum. Just make sure to empty the bag and throw out immediately after use. It’s important to repair holes in window and door screens, seal cracks and crevices and install door sweeps to all exterior entrances. Seal up any entryways into your home such as windows, door frames and baseboards to stop future infestations. Another tactic is to remove their host trees from the area surrounding your home, which helps control boxelder bugs (even though they can fly to different locations). If you want to plant boxelder trees, make sure you only plant male trees (non-seed bearing).

Are you spotting boxelder bugs around your home? Call Stark today and we’ll help contain and control these small insects.