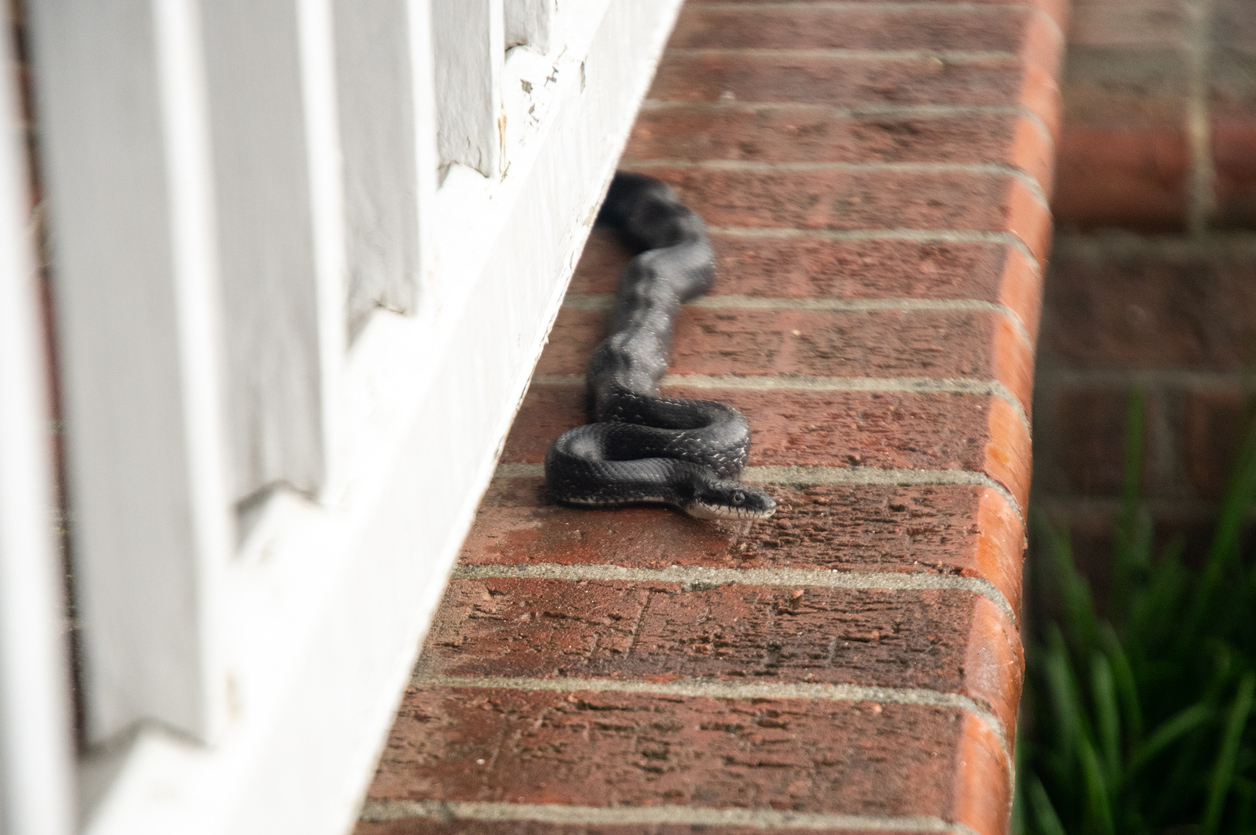 There are 3,000 species of snakes in the world, so it stands to reason that there might be a few not too far from your own backyard. This is no reason to panic, though! Of the 3,000 globally, only about 600 are poisonous, and only about 200 can significantly harm a human.

It’s important to be able to identify the dangerous ones from the harmless ones, but that can be tricky considering just how many there are. Another thing that can make identification difficult, is the fact that there are so many snake doppelgangers out there.

Many harmless snakes can be confused with their more dangerous cousins because they have similar lengths, body shapes, distinct markings, and coloration. While this is confusing — and even alarming! — for us, it’s actually very helpful for them. This evolutionary tactic makes harmless snakes appear more dangerous in order to protect them from predators.

Remember, it’s always better to be safe than sorry. Even if you think you’ve encountered a harmless snake (that’s only imitating a dangerous one), it’s best to keep a safe distance unless you're absolutely sure.  Even then, be extremely careful if interacting with wild animals. Don’t get caught by surprise this summer — brush up on your snake identification with this quick list of non-venomous look-a-like snakes. 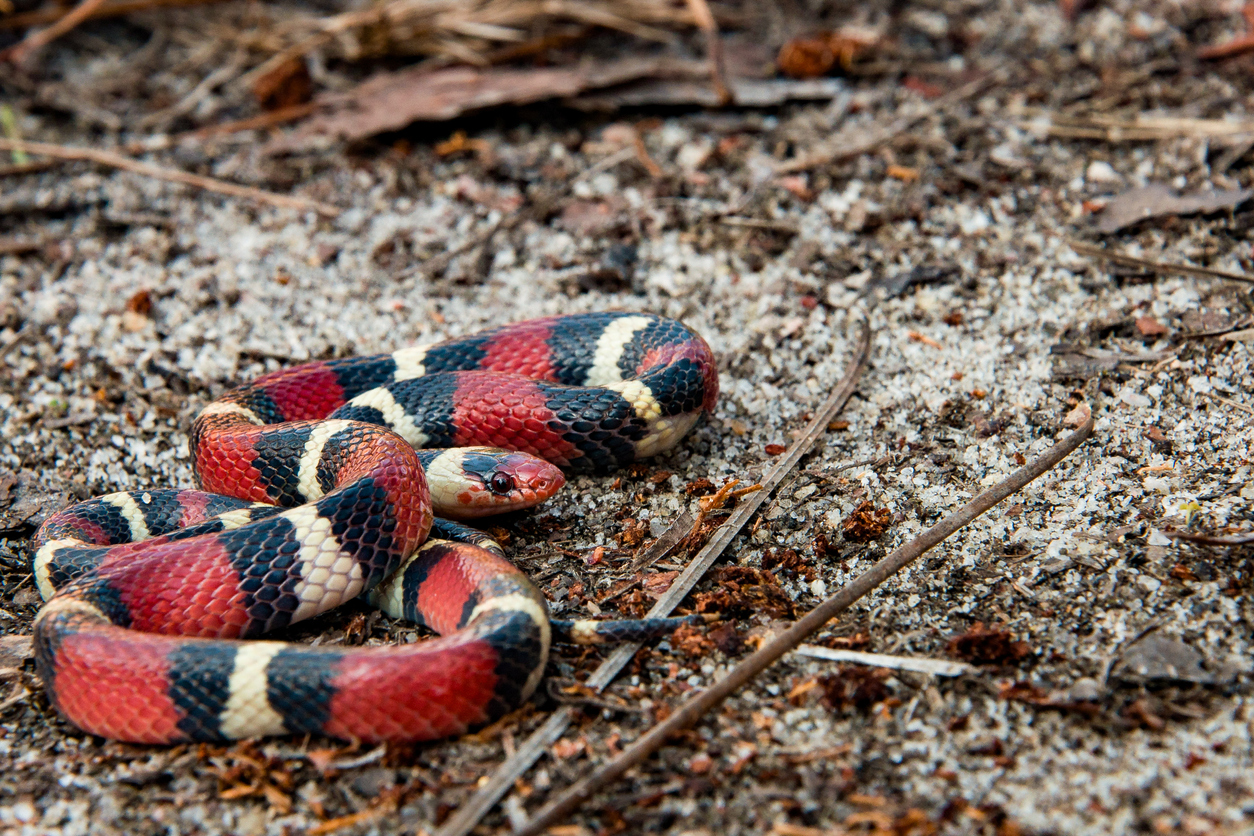 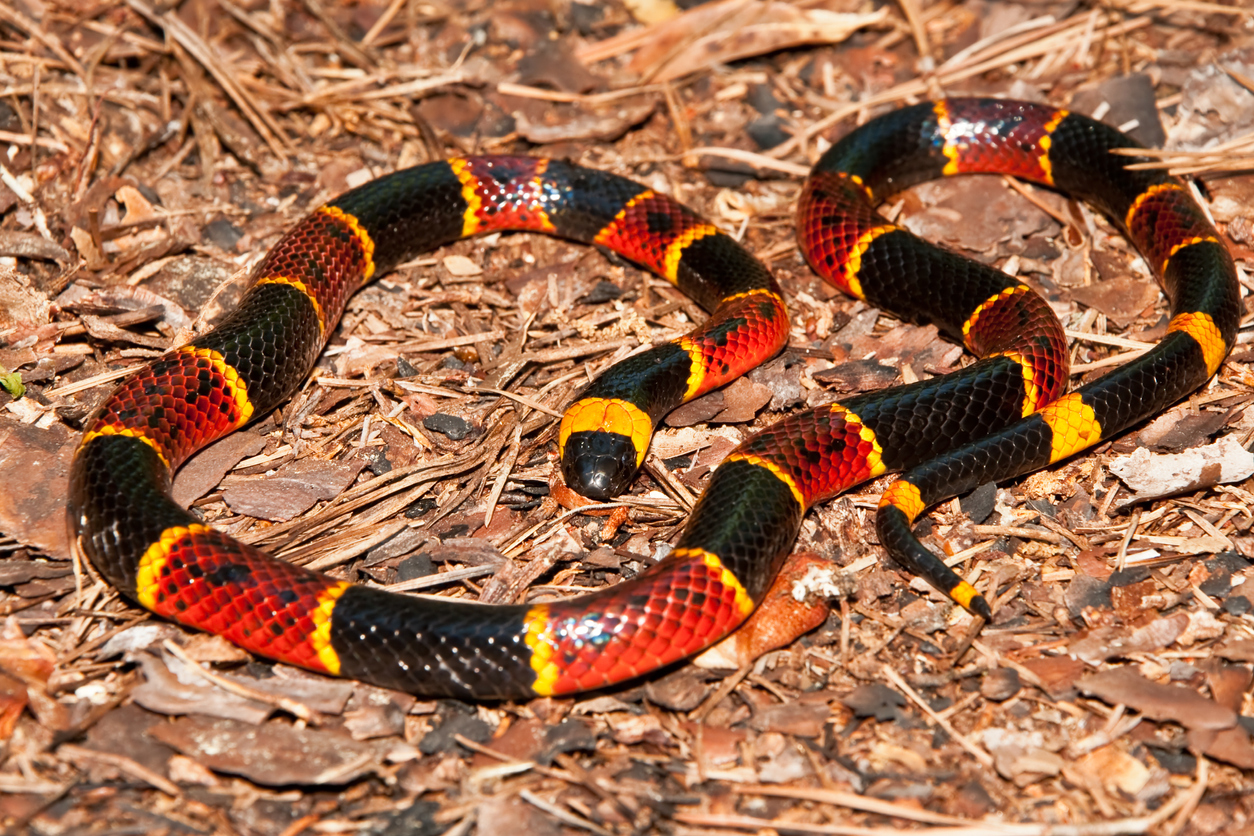 Scarlet Kingsnake (T) and a Coral snake (B)

In the Southeast, venomous Coral Snakes have a distinct red, yellow, and black banding that wards off potential predators. To protect themselves, Scarlet Kingsnakes (and their cousins Scarlet Snakes) share the same red, black, and yellow coloring with white banding. The order of the color bands and the colors of their heads are the easiest way to distinguish them: Coral Snakes have a black head, while Scarlet Kingsnakes tend to have red on the end of the head. There’s even a little rhyme to help: “Red on yellow, kill a fellow. Red on black, friend of Jack.” 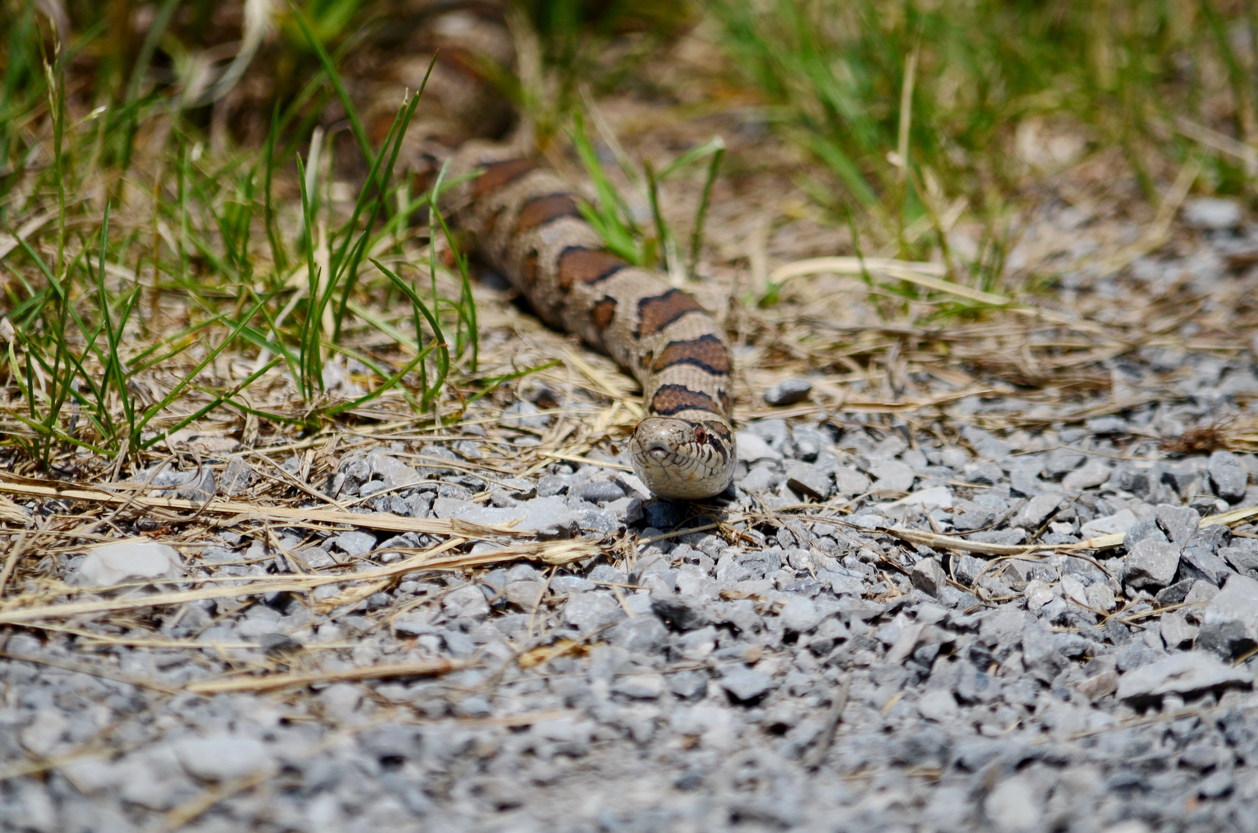 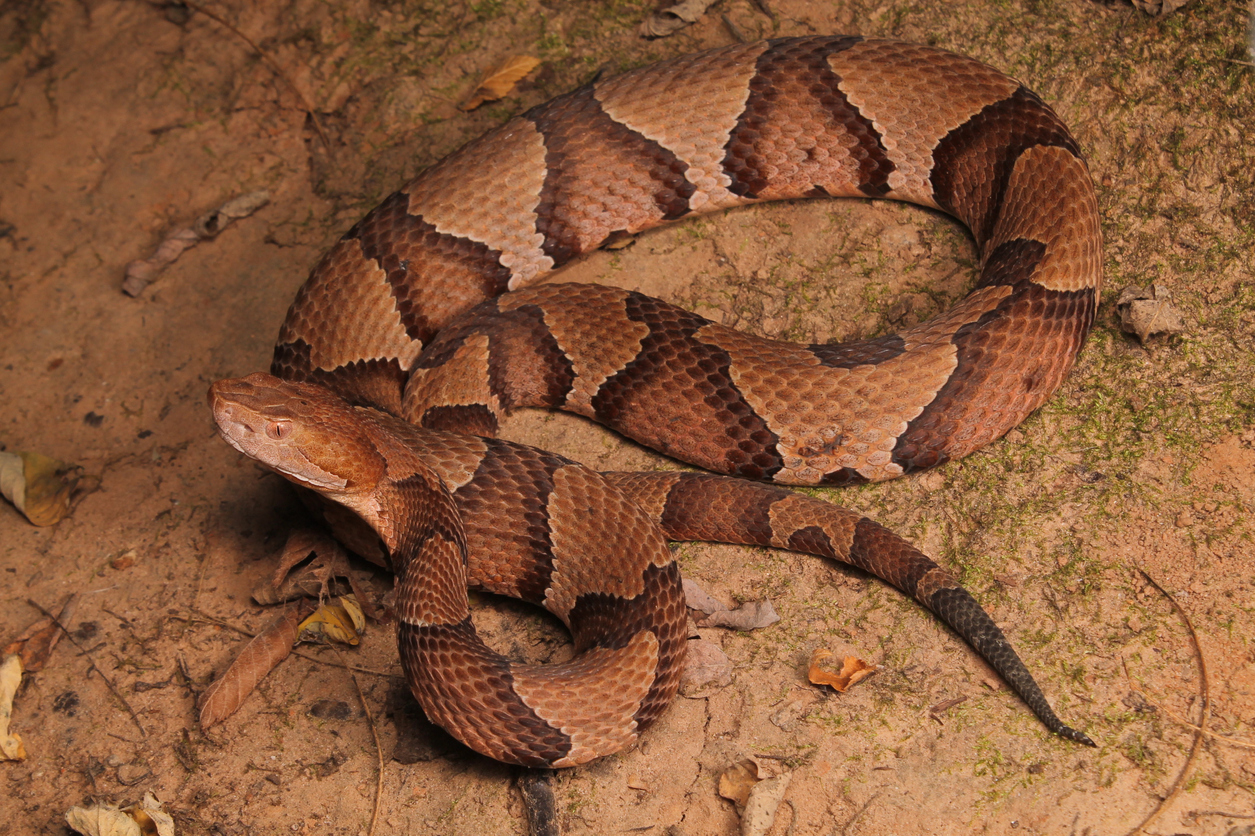 Eastern Milksnake (T) and a Copperhead (B) 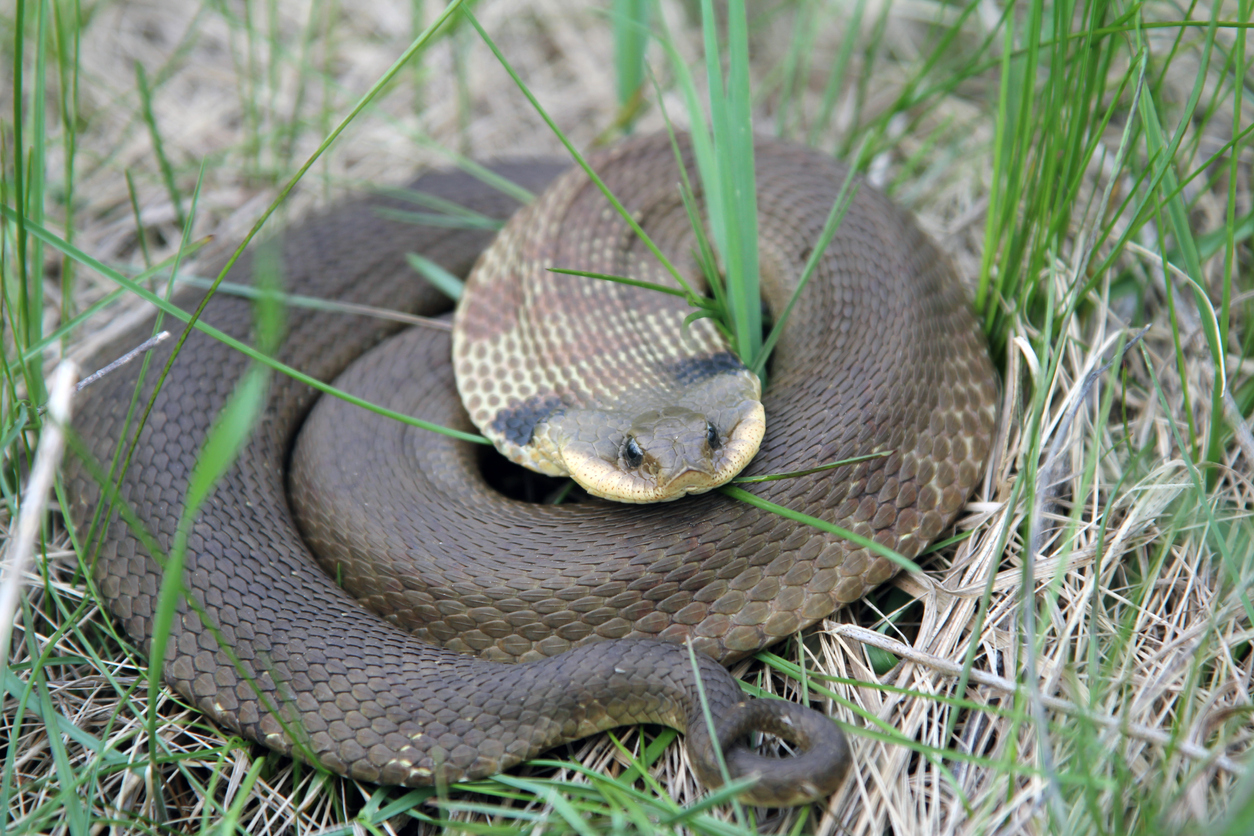 Eastern Hognose (T) and a Cobra (B)

Venomous Cobras are known for their unique attack method: flaring the hood around their heads and hissing. When confronted, Eastern Hognose snakes do the same, however, they’re not venomous. In fact, they have another, more humorous defense method — playing dead. If you spot one in the wild, they’re usually yellow, gray, brown, green or black, often patterned with large, rectangular spots down the middle of the back. They almost never bite humans, and can be found wherever frogs and other amphibians are, as they are the Eastern Hognose’s main source of food. 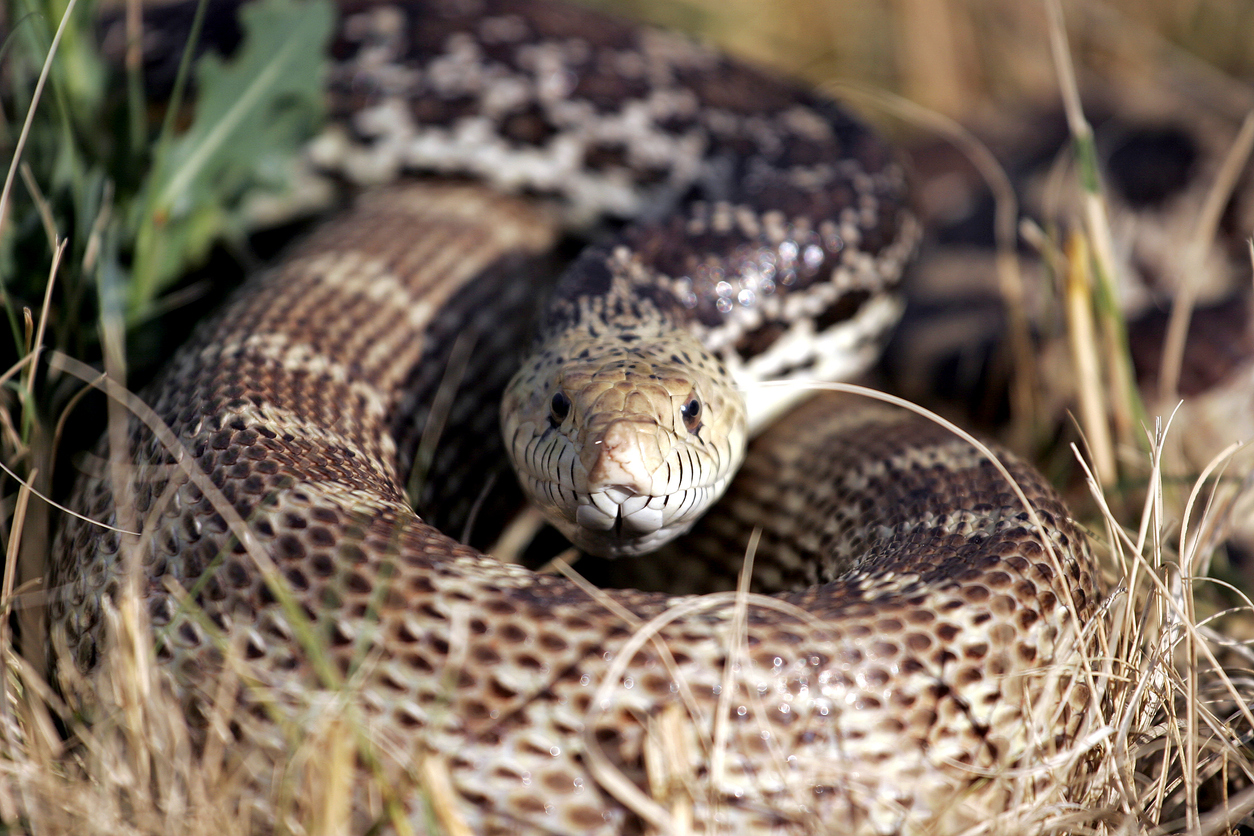 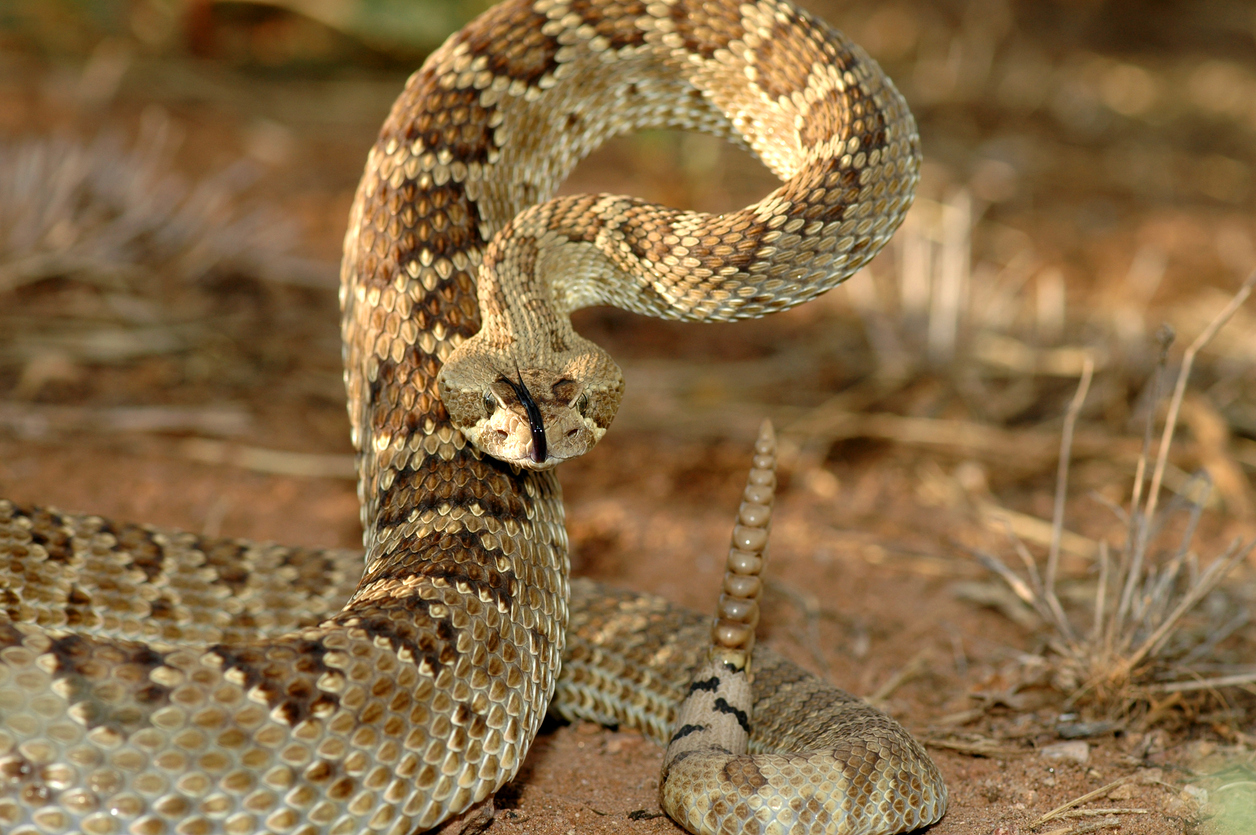 Bullsnake (T) and a Rattlesnake (B)

Bullsnakes and Rattlesnakes have a lot in common: they’re about the same size, have similar color and markings, and can even cohabitate. One distinguishing feature is the shape of their heads — Rattlesnakes have triangular heads that are wider than their body, while Bullsnakes have narrow heads, though they do flatten their heads when threatened to mimic Rattlesnakes. Of course, Rattlesnakes are known for their unique tails. While Bullsnakes don’t have the same pointed rattle tails, they do shake their tails when threatened. If you do hear a sound, it could be coming from its mouth or some dry leaves near its tail.

Young Black Rat Snake (T) and a Copperhead (B)

Black Rat Snakes don’t look much like Copperheads, as they usually have uniformly black coloring, but for young Black Rat Snakes, the resemblance is uncanny. They are usually grayish to brown, with brown splotches that look just like the marking on a Copperhead. Black Rat Snakes are not venomous, but the juvenile snakes are especially at risk, so it helps these harmless snakes to imitate a more dangerous cousin.

Need a Helping Hand with Pests?
If you’ve got slithering snakes near your home, you’ll need professional help with removal. Call Stark Exterminators today — we’ll take care of the rest.