Going Beyond the Call and Thinking Pink 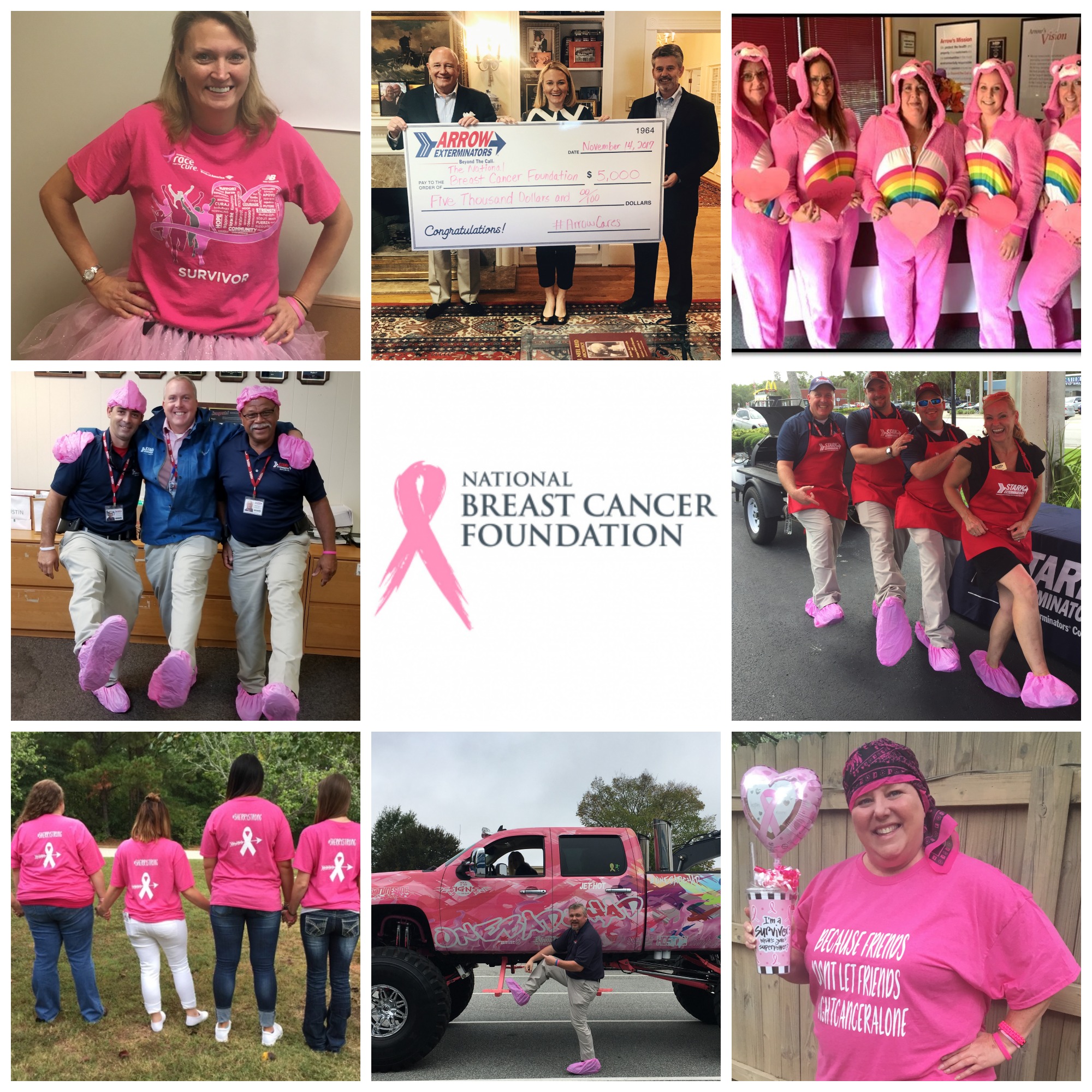 Atlanta-based Arrow Exterminators, Parent Company of Stark Exterminators, has wrapped up their third year of #ArrowCares, a social media campaign to raise money for the National Breast Cancer Foundation. The fundraising campaign ran through the month of October in conjunction with Breast Cancer Awareness Month. Arrow made a $5000 donation for the third consecutive year to the National Breast Cancer Foundation concluding the #ArrowCares campaign.

Arrow Exterminators’ Service Professionals wore special pink shoe covers during the month of October. Customers were asked to take a photo of their Service Professional’s pink shoe covers and then post the picture to one or more of their social media accounts using #ArrowCares. Arrow Exterminators donated $1 to the National Breast Cancer Foundation for each of these posts. Arrow team members also wore pink ribbons and wristbands to show support to those who have survived breast cancer and to remember those who have lost their fight against this disease.

“Service and philanthropy play a significant role in the culture of our company,” said Emily Thomas Kendrick, President and Chief Executive Officer of Arrow Exterminators.  “Breast cancer has impacted just about all of us either directly or through a loved one and we felt a call to action to help. We are eager to continue the momentum of the #ArrowCares campaign and do our part in the battle against breast cancer,” commented Kendrick.

The National Breast Cancer Foundation’s mission is to provide help and inspire hope to those affected by breast cancer through early detection, education, and support services.